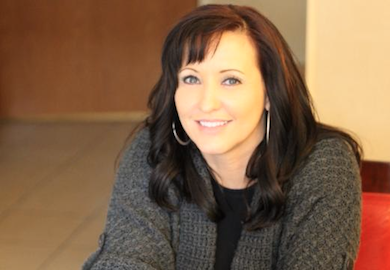 Meyer and Knapp confirmed that four female featherweights and four female lightweights are set to square off on Tuff-N-Uff’s upcoming card Friday, November 7 live from the Cox Pavilion in Las Vegas. The women who succeed in each of those fights, two featherweights and two lightweights, again will square off against each other at a Tuff-N-Uff event in 2015. Knapp will award those two winners an Invicta FC contract, and the privilege to launch their pro careers inside the Invicta FC cage.

“I’m so honored to be working with Shannon Knapp to give Tuff-N-Uff’s ‘Future Stars of MMA’ the chance to turn pro with Invicta FC,” said Meyer, CEO of Tuff-N-Uff. “Invicta FC is not only the premier all-women’s MMA organization, it is also the most responsible and the most-watched on the planet. I hope to continue this relationship with Invicta FC to create even more opportunities like this for Tuff-N-Uff’s talented female fighters.”

“I’m excited to join forces with Jeff Meyer to create this 145 lb. and 155 lb. female tournament and to sign two amazing ‘Future Stars’ to a multi-fight Invicta FC contract,” said Knapp, President, Invicta FC. “We had such a positive experience working with Tuff-N-Uff for the 115 lb. tournament earlier this year. It was a pleasure to work with Jeff and his team. They showed us how professional they are, and that they really have their pulse on the rising talent in women’s MMA.”

Knapp and Meyer announced the four female bouts making up the first half of this tournament. These eight women are the top prospects in their weight class and come from all over the United States to compete Nov. 7:

The winners of these bouts will fight again at a Tuff-N-Uff event in Las Vegas in early 2015. More information about this event, as well as the remaining bouts for the Nov. 7 Tuff-N-Uff card will be announced soon. All bouts live and subject to change.