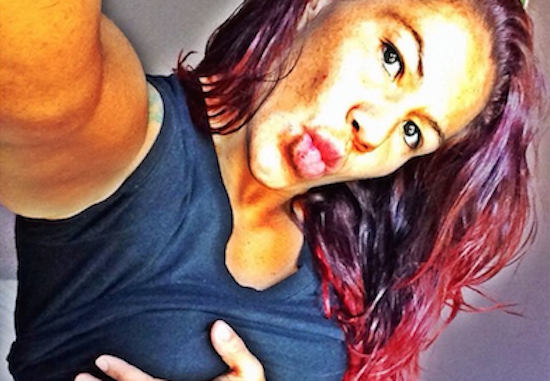 “I think Ronda has the type of personality where she needs the attention. I don’t have anything personal against her. I heard when she first started fighting MMA she used to watch my fights. I’ve always been curious which fight was her favorite. My first fight was 2005, and I came to America with Elite XC in 2008. I am from a different time. Remember when Wanderlia Silva fought Mark Hunt in PRIDE? What weight was that fight? That is Chute Boxe. That is fighting because you love it. If she really wanted this fight it would have happened already. I find the interviews funny, my friends in Brazil and the USA always call me to see what I will say. The fight will happen or the fans of MMA will robbed of history.”

In a recent AMA on the UG, female fighting standout, Cris Cyborg discussed many topics, Ronda Rousey, her weight, and much more.

Part of the UG’s inquisition was regarding up-and-coming female fighters and her advice to them:

What advice would you give to a young woman getting started as a MMA fighter today?

How long until you are in the UFC?

“This isn’t my choice. In the beginning if you won you moved up rankings and fought the best now it is more about fans, twitter, tv. I know I am the best female MMA fighter, and I want the best stage to show that. God will work his plan, I just have to focus on training and winning.”

Carano vs Rousey. Was this amusing to you?

“When I heard rumors of this fight, it made me feel like the game of MMA is changing. it’s political now.”