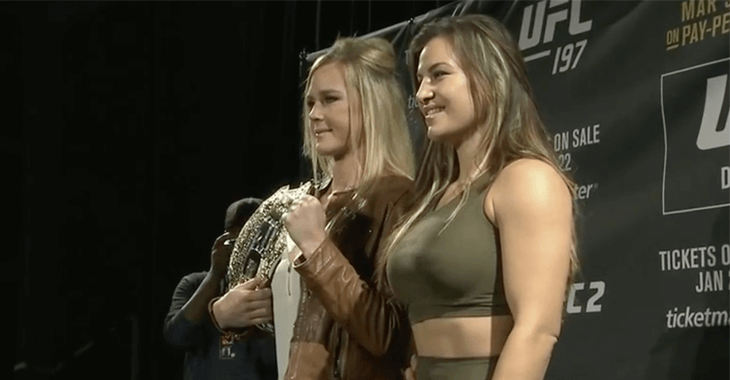 While Holly Holm may have shocked the world at UFC 193 as she KOd Ronda Rousey to win the UFC women’s bantamweight championship, she believes her upcoming title defense against Miesha Tate at UFC 196 on Saturday is just as, if not more, important.

Holm spoke at the UFC 196 open workouts yesterday to explain the high-pressure bout on Saturday.

Fox Sports has the transcription:

“It’s just as important of a fight. I mean I don’t want to be a one-hit wonder. Even more of an important fight. A lot of people are wondering ‘what’s really going to happen now after that kind of a victory?’. Is she the real deal? Is she really going to do it?

“There’s a lot more pressure on this that I put on myself but that’s what I’m here for.”