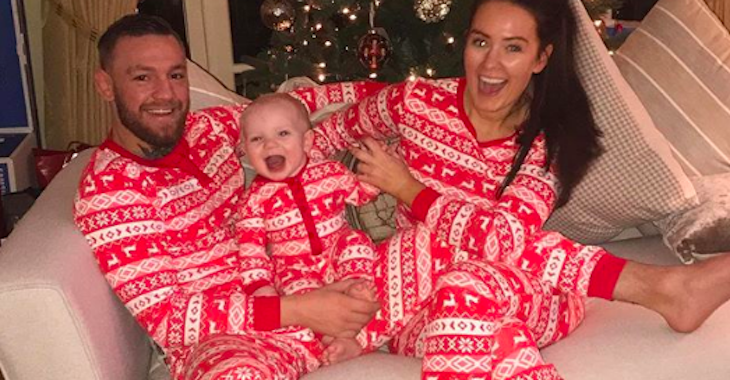 Yesterday, many members of the MMA community gathered together with their family and friends to celebrate Christmas. Across the fighting world, there was food aplenty; there were gifts, drinks, and Christmas pyjamas; there were even a few appearances by Santa Claus himself.

See how the MMA community celebrated Christmas below:

Merry Christmas from our family to yours!! ❤️🙏🏻

It’s going to be a beautiful Christmas under the snow in Montréal… Happy Holidays everyone! Je souhaite un très joyeux Noël à tous!!!

Merry Christmas, you filthy animals… and a happy new year.

Love these girls and this time of year❤️

Merry Christmas from me and the mini pic.twitter.com/Ot6CZETp08

First Christmas with my love ❤️

Black Santa aka menace claus getting in some holiday training with @nikaev. Why test today when we can work!! #blacksanta #teammenace #teammj #merryxmas #christmas #training

Merry Christmas to EVERYONE!! I’m so thankful for my family, friends, coaches, and teammates. I have the BEST team around me and I love you all so much. Looking forward to 2018 baby!! @ufc #christmastime #love #jesus #gotcha #family

Love you all, Merry Christmas from The Benalivi’s !!!

What a Merry Christmas, it meant so much to have our family with us!

What an amazing morning This is how we do Christmas 🎄

Ho Ho Ho…. Merry Christmas to everyone around the world! Enjoy the time with friends and family and don’t drink and drive. pic.twitter.com/mBDan07eYp

The team at BJPenn.com wishes you all a Merry Christmas and Happy Holidays!