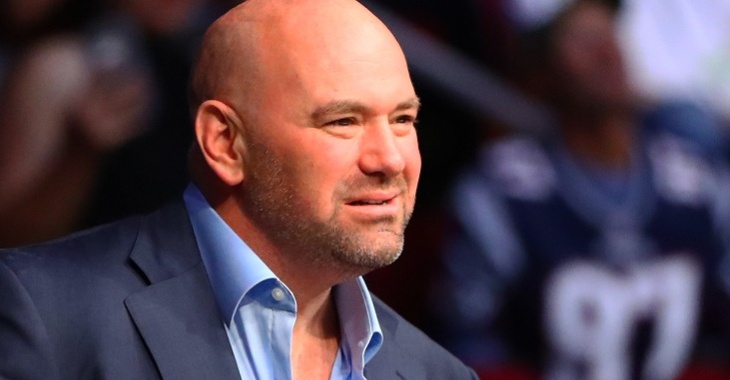 Longtime MMA journalist and business insider, Dave Meltzer recently discussed on his overnight Wrestling Observer audio show the UFC’s prediction for EBITDA in 2017 which should be $320 million dollars. Obviously, that brings up many different questions and variables to discuss. I decided to meet up with friend and avid follower of combat sports’ business side who specializes in MMA and pro wrestling, Frankie NYC to discuss the news. Last time Frankie and I spoke we broke down the UFC TV negotiations in October.

Upon hearing about Dave Meltzer’s audio, I was wondering if you can begin by answering what does EBITDA mean and how it translates to the UFC?

Earnings Before Interest, Taxes, Depreciation and Amortization. In simple terms directly related to UFC, it is the health of the pure business for the year and not including the loans/interest WME-IMG is responsible for due to the sale. An example is buying a home for $250,000, that is the worth of the home. If you wind up paying $50,000 more due to a mortgage, that does not alter the market price. Some businesses rather be liquid as far as money. WME-IMG received $1.1b additional capital from investors in 2017. They decided not to use it to pay off loans/interest, but to have ready to use to invest in more shares of UFC and/or other companies. So basically if UFC does announce the EBITDA of $320 million, that is the UFC’s financial performance for 2017, before the various owners individual evaluations in regarding to UFC. Remember UFC is owned by more than WME-IMG.

How could this year be so profitable if interest in MMA is down according to the PPV and TV event ratings on Fox and FS1?

Excellent question that I get asked a lot on various forums. You need to remember that while PPV is certainly a huge part of UFC’s 2017 business model, it is not the driving force for their bottom line. UFC has escalating TV deals worldwide (meaning contractually they go up every year), plus they cut a lot of costs (early projections were $25-50 million per). Also, since the sale, UFC created new deals that help the bottom line. Before a single PPV is sold, UFC is a huge moneymaker. Also added into UFC’s 2017 EBIDTA is Mayweather vs McGregor. So while PPV is down, they still made a lot of profit just from UFC PPV. While TV ratings are down, they made more than the year prior due to existing contracts. Add in MayMac, budget cuts and new deals and it opens up the mind to how UFC can be so profitable in a year that seemed to have waning interest.

How does the surprising news of 2017 earnings relate to fighter pay?

That is a huge question. To even begin thinking about it, we must hark back to Dave Meltzer’s news that UFC paid 13% of revenue in 2015. That is about $80 million for the year. Without knowing what the 2017 revenue is, it is impossible to know. But, I would be surprised if fighter pay went up as far as a percentage went. When you look at fighter pay, a lot of the larger payouts in 2015 were PPV bonuses. With 2017 being a less stellar year in PPV, there would seem to be less PPV bonuses going to fighters. Also skewing the percentage would be MayMac which is not MMA related as far as having to pay MMA fighters for being part of an MMA event. If you are asking me in a roundabout way if UFC fighters should be looking at the projected EBITDA when it comes to negotiations? OF COURSE, if I pay enough attention to know this info, every single fighter and their team should as well. They are in business with UFC and should negotiate from a place of knowledge.

Last time we spoke more specifically about the TV deal negotiations. You were one of the first if not the first to openly discuss UFC and how the TV negotiations were going. Any updates and does this news have any effect on it?

Thank you and it was a fun interview/discussion with you. As far as updates, last rumor was Fox upped their offer a bit (over $200 million per). Sports Business Journal predicts $250 million per and bids are expected from NBC and possibly other entities (TW and ATT are still a possibility if they merge). In business, everything affects everything, but to what extent is tough to predict. A possibility is UFC might have several different deals instead of one and on different platforms stateside. Way too many variables to guess at now, but with bids over $200 million per, they will certainly make more than the last contract. What, where & how much content they supply is the key.

Thanks to Frankie NYC for taking the time to join me again for discussion on the business side of MMA. You can follow him on Twitter @FrankieNYC_Biz.