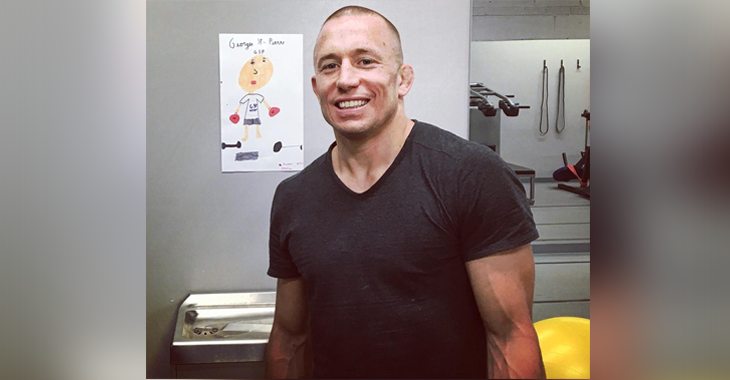 By the time of UFC 217, it will be just shy of four years since St-Pierre last fought in the UFC as his last competition was on November 16, 2013, where he successfully defended his title against Johny Hendricks winning a close split decision.

Now, “Rush” will be going up a weight class making his middleweight debut for a chance to join a small club of two weight UFC world champions. With the jump from 170 up to 185, St-Pierre said on Monday’s episode of The MMA Hour that he has been putting on weight for his middleweight debut.

“I feel very good. I feel very, very good. I feel extremely good and I feel I’ve done this to a diet. I hired a [dietitian] and I follow a diet. It happened very rapidly. In like a month and a half I gained about 10 pounds. It was very fast. I was surprised because I didn’t believe it was going to work that good. Yeah, it’s just the way I eat. It’s the first time in my life – normally I eat a lot of fast food but now I watch what I eat and it made a big difference.”

When asked how much he expects to weigh in the Octagon on fight night against Bisping, St-Pierre says it won’t be much different than where he is currently at.

“I should be around 200 pounds,” said St-Pierre. “Michael Bisping is going to be bigger than me, for sure but no problem. My skill will make the difference in that fight. I believe skills always beat size.”

How do you see the UFC middleweight title fight going between the current champion Michael Bisping and former welterweight champion Georges St-Pierre? Let’s get your predictions in the comment section!