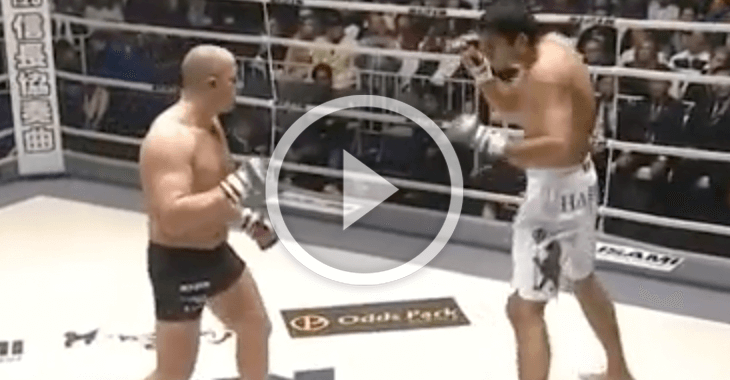 Fedor came out of retirement to fight for the first time in over three years against a much bigger opponent, Jaideep Singh. Although Singh was much bigger, the kickboxer was relatively unknown to the MMA community.

Emelianenko made quick work of Singh as many MMA fans expected in their New Year’s Eve bout. Fedor took it to Singh and ended the fight via TKO by strikes in the first round after getting the kickboxer to the ground. Once on the ground, Fedor worked his game and secured full mount and unleashed vicious ground and pound strikes ending the fight.

King Mo was featured in the heavyweight tournament which took place on two separate nights. Lawal fought a total of three matches in the two nights of fights, taking on two matches in the final event. With only one fight going the distance, King Mo put on a show for the Japanese crowd knocking out two of his three opponents to claim the RIZIN heavyweight tournament prize.

Is Bellator MMA and RIZIN setting up a match between Fedor and King Mo? King Mo has called for the fight after their RIZIN event and said even before the New Year’s event that he would be glad to fight Emelianenko.

Share your thoughts in the comments on the potential match and how you think the fight would go!