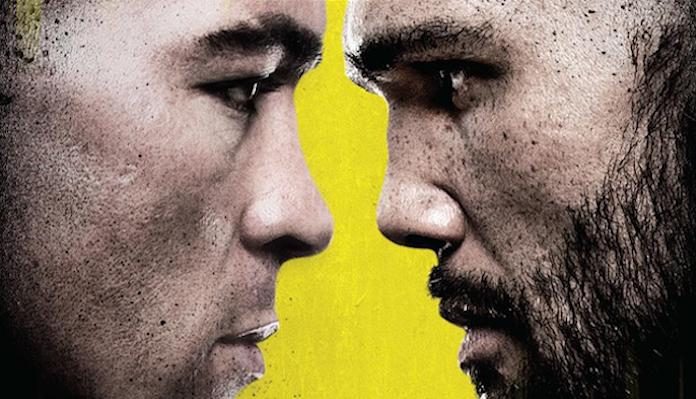 In the main event of UFC Newark, former interim welterweight champion,Colby Covington returns after over a year off to take on former undisputed champ Robbie Lawler. Heading into the fight, “Chaos” is a -235 favorite, while the former champ Lawler is a +185 underdog.

Ahead of the fight, BJPENN.com reached out to several pro fighters to get their predictions for the scrap. The pros are split on this one, despite Covington being a big favorite.

Geoff Neal, UFC welterweight: I think Robbie will win. He is going to have to win by first or second-round KO. If it goes past that, it will be tough for him to win as Covington is such a grinder.

Ryan Hall, UFC featherweight: This is a very tough one. It is hard to say because Colby has been off for quite a while and it is hard to bet against Robbie. But, I will go with Colby Covington in this one.

Krzysztof Jotko, UFC middleweight: This is a very tough fight for both. Robbie is very good on takedown defense, and Colby is a cardio machine, he will never stop coming forward. But, I think Covington gets it done in a super close fight.

Gillian Robertson, UFC flyweight: This is a tough one. Robbie is a monster and is always down to brawl. But, I think Colby will be able to dictate where the fight goes and outpace Lawler and get the win.

Jeremy Kennedy, PFL featherweight: That is tough because Robbie does really well against these wrestlers. But, Covington’s pace is super impressive and I think he can get it done against Robbie.

Ode Osbourne, UFC bantamweight: It is a super interesting fight but I think Lawler gets it done. Robbie does not back down and he will be able to test Colby and is a big test for him. It can go either way but I think Lawler can get it done.

Who do you think will win the fight between Colby Covington and Robbie Lawler? Let us know in the comment section.