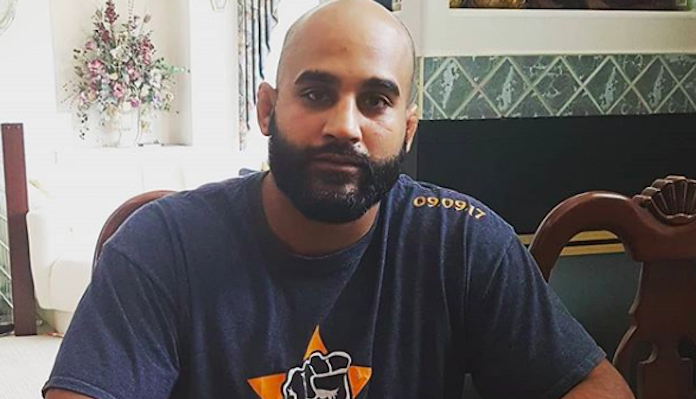 In May, at UFC Ottawa, former Olympic wrestler Arjan Bhullar picked up a decision victory over Juan Adams, extending his win-streak to two-straight and his overall UFC record to 3-1. Several weeks later, the Indian-Canadian heavyweight parted ways with the UFC and signed with Singapore-based promotion ONE Championship.

Bhullar, who trains alongside Cain Velasquez and Daniel Cormier at American Kickboxing Academy, is now set to make his ONE Championship debut against former Cage Warriors champion Mauro Cerilli at ONE: Dawn of Heroes on Friday, August 2.

Speaking on the latest episode of BJPenn.com Radio, Arjan Bhullar explained why he chose to leave the UFC on a win-streak, and why he decided on ONE Championship as the setting for the next phase of his career.

“[There were] several reasons,” he said of this change. “When I got into this sport, it was to be a UFC champion and fight in the UFC, but the landscape has really changed. There are lots of opportunities. I’ve said it before and I’ll say it again, I think it’s the best time to be in the sport — more than any other time in history. Obviously you’ve got the UFC, you’ve got Viacom-backed Bellator, you’ve got PFL giving you a million bucks, you’ve got ONE Championship giving top dollar. And you have huge platforms: ESPN, TNT, DAZN… It’s the best time to be in this sport.

“The UFC obviously, it’s a business at the end of the day,” Bhullar continued. “You have to treat it the same [like a business] or you’re a fool. For me, the thought process has always to go to free agency. I’m of the thinking that you don’t allow you employers to set your value. There is no other job in the world where that happens. So you go to free agency and let the market set your value, and my market value was significantly higher than what the UFC was offering — not even in the same neighborhood.”

While money was a big driver for Arjan Bhullar, he says there was more to his decision than that.

“Aside from the financials, I looked at a couple of other things,” he explained. “[When I got into this sport] I had three main goals: one was to be a world champion, one was to take this sport to India and crack that Indian market, for obviously for my personal brand but for my legacy that I want in the sport. I did that, I spear-headed that. Then number three to make a lot of money. In all three categories the ONE offer surpassed the UFC.

“I’m getting more fights guaranteed,” he continued. “The UFC was a two-year, four-fight offer. ONE is a two-year six-fight offer. As a competitor wanting to be a world champion I can’t do anything with two fights a year and that was very frustrating.

“The ONE offer, in all three categories, allowed me to accomplish my goals that I set out to do in this sport within this contract, and the UFC wasn’t able for me to accomplish even one of those and that was sort of it.”

As Bhullar suggests, ONE has been plotting a campaign into the Indian market, which has long stood out as a potential goldmine for the MMA industry. He says the organization’s tentative plan is to host an event in the country in 2020, and to use him as a central part of that show.

“ONE has just been treating me like they really want me,” he said. “They flew me and my wife out, business class, to Singapore to meet the whole team, top-down. One of the owners is an Indian. He signed a huge a TV deal in the country and they are looking to go there in 2020. They want me to be the guy and the UFC doesn’t have a plan for the Indian market. There is not Indian within the [UFC] company, period.

“For myself, personally, this made a lot of sense, and that was it.”

The ONE: Dawn of Heroes card will also feature the latest efforts of several other UFC veterans, including former champs Demetrious Johnson and Eddie Alvarez, and former title challenger Yushin Okami. With so many eyes on this card, Arjan Bhullar will be looking to announce himself in a big way. In fact, he’s hoping to make a real claim to a heavyweight title shot opposite the reigning champ Brandon Vera.

“We’ve got a big task on our hands,” he said. “I think that it will really set the tone for our timeline with in the company to move up, but I am hopeful and I expect to challenge Brandon Vera quickly — as long as everything goes according to plan.”

Do you think Arjan Bhullar made the right decision moving to ONE Championship?