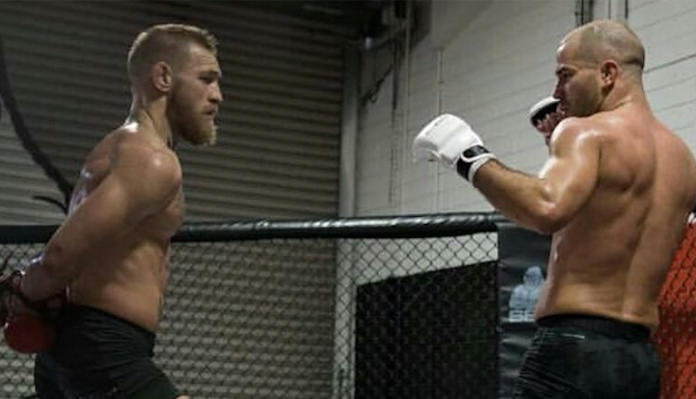 Over the last few weeks, former UFC lightweight and featherweight champion Conor McGregor has spent quite a bit of time in the United States. During his time on American soil, he’s gotten some training in at a number of notable gyms, including an American Top Team location in Atlanta, and Bas Rutten’s Elite MMA in California.

McGregor’s training sessions at these gyms have led some members of the MMA community to speculate that he has parted ways with SBG, his long-time home in Dublin, Ireland, and that he is exploring the options for a new home base.

His close friend and training partner Artem Lobov, another staple of SBG, assures that this is not the case.

“No, Conor is still with us, we are all still a part of SBG,” Lobov told host Jason Kindschy on the latest episode of BJPENN.COM Radio. “The thing is that many of the SBG fighters that have kind of retired now or whatever, they have opened their own SBG gyms. So we all will often train not only at the main SBG but other SBG gyms. For example, Peter Queally opened SBG Naas and that’s a great facility, so Conor and many of us would often train there. There’s SBG D24 with Paddy Holohan; we’ve got many SBGs now so as a result it may seem sometimes that we’re not all there at SBG HQ, but we still are all a part of SBG.”

Artem Lobov is set to return to action at BKFC 5 on April 6, where he’ll battle fellow UFC veteran Jason Knight in a gloveless scrap.

Conor McGregor, on the other hand, does not currently have a fight booked, but is expected to return to the cage in the near future— perhaps as soon as July.