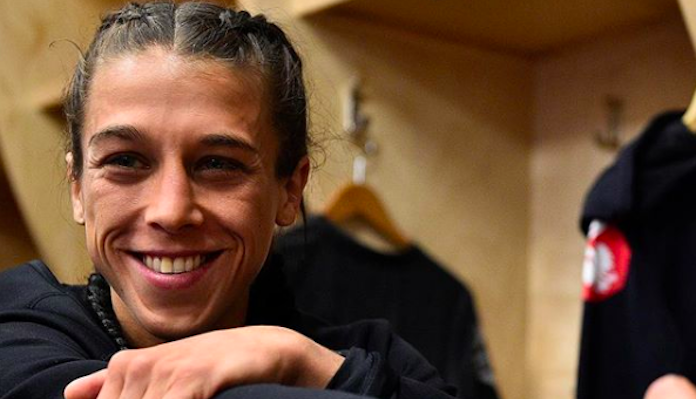 At UFC 237, the strawweight title was on the line as Rose Namajunas was looking to defend the belt against Jessica Andrade. In the end, Andrade captured the belt in wild fashion, knocking Namajunas out with a slam.

Before the title changed hands, the widespread belief was that the winner of Tatiana Suarez vs. Nina Ansaroff at UFC 238 would get the winner of Namajunas-Andrade. However, now that Andrade is the champion that plan may change given the fact former champion Joanna Jedrzejczyk has a win over Andrade.

“The table was set for the winner of Nina Ansaroff vs. Tatiana Suarez to fight for the belt but this outcome may have thrown a wrench in the plans,” American Top Team owner Dan Lambert said to BJPENN.com. “Joanna has a dominant win over Jessica and she has said in the past she wants to get that loss back. I don’t know what the UFC has in mind. I could see them giving JJ the shot, or could see them sticking with the game plan. I’m not sure what they do. Jessica’s win brought some light into that division.”

Now that Jessica Andrade is the champion, the path to the title is much more clear for the former champion. The Brazilian has spoken openly about wanting to beat Joanna Jedrzejczyk and getting that win back. With that, Lambert suspects Jedrzejczyk will stay at strawweight for the foreseeable future.

“She wants to return to strawweight but it will take big fights to get her out of it,” he explained. “She’s back here training and I don’t see her rushing back to the cage. She does things on the side and doesn’t need to fight if she doesn’t want to.”

Lambert is confident Joanna Jedrzejczyk will be getting a title shot very soon. Although many believe she needs to get another win to earn the opportunity, Dan Lambert doesn’t agree with that sentiment.

“I think it depends on what they offer, where and how much. But, I don’t see her fighting for other than a title shot,” he said. “I could see her waiting or getting a title shot sooner rather than later.”

Ultimately, Jessica Andrade has options for her first title defense. One of the frontrunners is most definitely Joanna Jedrzejczyk.

Who do you think Andrade should defend her title against first? Let us know in the comment section.