The stakes are always high at every major martial arts event, and ONE: Enter the Dragon is no exception to that.

However, there are some competitors scheduled to perform who have a little more on the line than others. The following martial artists have even more at stake than the other athletes on the card.

High Stakes at ONE: Enter the Dragon

The newly crowned ONE Lightweight World Champion just won back his title on the last day in March at ONE: A New Era with a stunning victory over Eduard Folayang. He’d previously lost to Folayang, so the win was about redemption. Less than a month after defeating Folayang and regaining the title, Aoki will defend his title against Christian Lee, a 20-year-old who is one of the brightest young stars on the ONE Championship roster.

Aoki should be favored to win at ONE: Enter the Dragon, but what if he doesn’t? He lost the title to Folayang in 2016. It took him nearly three years to get it back. If he loses the championship to Lee less than 60 days after winning it again, it will be one of the roughest defeats Aoki has had to endure in his stellar career.

Few in the kickboxing world have a reputation more glowing than Nieky Holzken. The 35-year-old Dutch legend came to ONE Championship amidst much fanfare, and he hasn’t disappointed. He’s scored two impressive victories and earned his opportunity to face Regian Eersel for the inaugural ONE Lightweight Kickboxing World Championship.

Eersel is not a soft touch. He’s a long, capable and hungry kickboxer who is nine years younger than Holzken–to the day. The two men share the same birthday. While Eersel is a formidable opponent, Holzken operates on a level that carries the highest of expectations. Anything less than a championship is unacceptable. Losing to Eersel–especially by KO or TKO–could be a catastrophic event for Holzken’s career.

Few on the ONE roster are as high-profile as Sage Northcutt. He was one of the promotion’s major recent signings. He came over from the UFC, and there are high expectations for him to succeed. His debut against Cosmo Alexandre will draw a lot of attention, and it will be compared to Eddie Alvarez and Demetrious Johnson’s first matches with ONE Championship.

Northcutt has added even more pressure to his debut by expressing his desire to win a world championship with ONE in mixed martial arts, kickboxing, and Muay Thai. Those are lofty goals to have even before his first match of any kind. A loss would be a significant detour for the young and hungry American.

Much like Holzken, Yodsanklai is already a legend. He hasn’t lost a match since 2011, and the 33-year-old Thai athlete is set to participate in the ONE Super Series Featherweight Kickboxing World Grand Prix at ONE: Enter the Dragon. Like Holzken, anything less than a title is a significant disappointment. What’s even worse for Yodsanklai is that the match against Samy Sana is just the quarterfinal matchup.

It’s just the beginning for Yodsanklai as he looks to capture one of the most prestigious titles he’s ever competed to win. 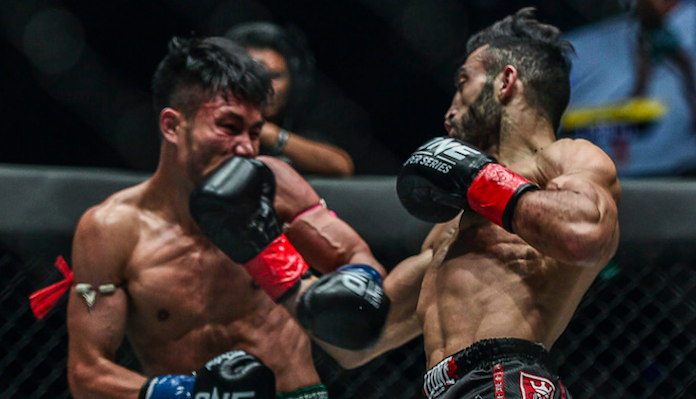 It seems everyone is awaiting the matchup between Petrosyan and Yodsanklai. If Petrosyan falters against Petchmorakot Petchyindee Academy, it will derail the most highly-anticipated kickboxing showdown in the world today.

Petrosyan is thinking about the title, the same as Holzken and Yodsanklai; if he cannot defeat Petchmorakot, he will have failed his initial mission with ONE.

The matchup is Askerov’s promotional debut. He would like nothing more than to announce his presence with a victory. On the flip side, a loss could have him questioning his abilities. That’s not a good look in the early stages with a new organization. At the very least, Askerov needs to be competitive at ONE: Enter The Dragon to prove he belongs with ONE Championship.