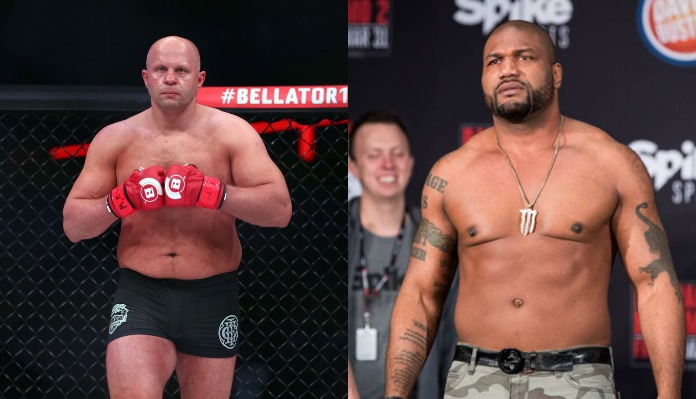 In the main event of Bellator 237, which goes down in Tokyo, Japan, two Pride legends in Fedor Emelianenko and ‘Rampage’ Jackson square off. Heading into the fight, Emelianenko is a -135 favorite while the former UFC champion is a +105 underdog.

Ahead of the fight, BJPENN.com reached out to several pro fighters to get their predictions for the scrap. The pros lean towards Fedor Emelianenko but know anything can happen between these two heavyweights.

Irene Aldana, UFC bantamweight: This is a super close fight. It could go either way but if I have to pick I think Fedor. He is a legend of the sport.

Roxanne Modafferi, UFC flyweight: I’m really not sure about that fight it could go either way. I’ll say Rampage because Fedor hasn’t looked good lately.

Steven Peterson, UFC featherweight: I wish that fight would have happened 10 years ago. Fedor has way more tools to win this fight. Rampage has the power to knock Fedor out and he has been knocked out before. I would like to see Fedor take him down and keep him on his back. If he does this I think he’ll win by TKO. If they stand and bang it’s anyone’s fight but I’ll say Fedor.

Tanner Boser, UFC heavyweight: It is really hard to say at this point. I seriously don’t know how to call that one. I might watch it. I’d lean Fedor but really it’s super close and could go either way.

Jeremy Kennedy, PFL featherweight: This is a legend fight and to have it in Japan is cool. I think Rampage will edge out a decision.