Alex Morono was staying ready for a short-notice opportunity and he got his wish this week.

When Donald Cerrone and Diego Sanchez were booked to fight one another on May 8, Morono called his coach, Sayif Saud, to tell the UFC he will be ready in case either of them pull out. Then, late last week, it was revealed Sanchez was out of the fight and Morono got the call asking if he was still open to filing in and he jumped at the chance to fight a legend in “Cowboy.”

Although it is short notice, Morono has been training and says he is in shape and won’t have a hard weight cut at all.

“When they announced his fight against Diego Sanchez, I called my coach and told him if either dude pulls out, I want that fight,” Morono told BJPENN.com late Tuesday night. “Granted, I didn’t expect it to be less than a week before. Any welterweight fight, I’ve been telling coach I would fill in. Thankfully, I have been at Fortis going to train and helping out the guys like Uriah Hall, Geoff Neal, Diego Ferreira for their fights. Then, one of the guys I coach has a title fight coming up so I’ve been sparring five, five-minute rounds preparing him.

“Trevin Giles also fought a few weeks ago and I was a part of his camp. I’m in really good shape,” Morono continued. “Then, sure enough, this opportunity came as after I heard Diego was out of the fight, I called Sayif Saud and said I want it and can make weight. Really late Saturday night, I got told the fight might be on and on Sunday I found out it was done. This is the peak of my career being able to fight Cowboy.” 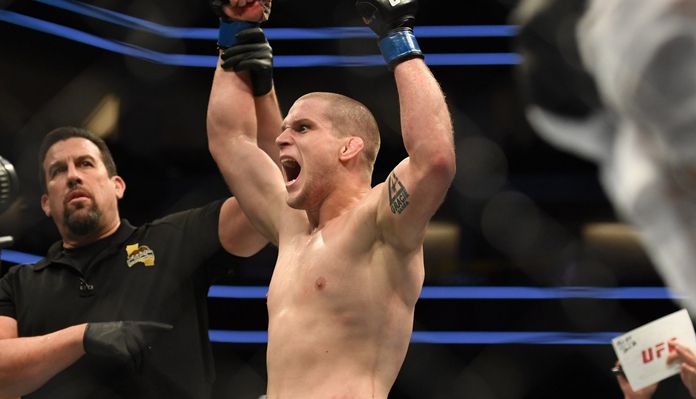 Entering the fight, Alex Morono is well aware of how dangerous Donald Cerrone is. Although Cowboy is winless in his last five, he has only lost to the elite of the lightweight division. Morono also knows he has to be ready for his ground game.

Yet, Morono is confident he can outstrike Cerrone and eventually find the finish in the third to pick up the biggest win of his career.

“Cowboy is dangerous. He is by far the best striker I’ve ever fought. It’s funny because his ground game is arguably better than his standup. It’s a tough fight and I have to walk in the fire on this one. I do expect there to be some grappling exchanges in this fight. It will be a fun one, though,” Morono said. “I have to stay sharp in this fight. Thankfully, my cardio is good. If the pace is high, I’m ready for it. I also expect to win a decision, but I think I can get a third-round knockout. If it goes the distance, I will be fine, but I think I can get the finish. I’m ready to throw down.”

If Morono wins, he knows Cerrone’s time in the UFC will likely be over. For the Fortis MMA fighter, he says that would be a bittersweet feeling. Yet, he knows he can’t be giving Cerrone too much respect when they are fighting.

“It would be bittersweet. It is an after-the-fight thought, as I can’t give him so much respect before the fight. I’m surprised he took the fight with me. But, as a fan, I would be sad seeing Cerrone no longer in the UFC,” Morono concluded.

Do you think Alex Morono will beat Donald Cerrone?