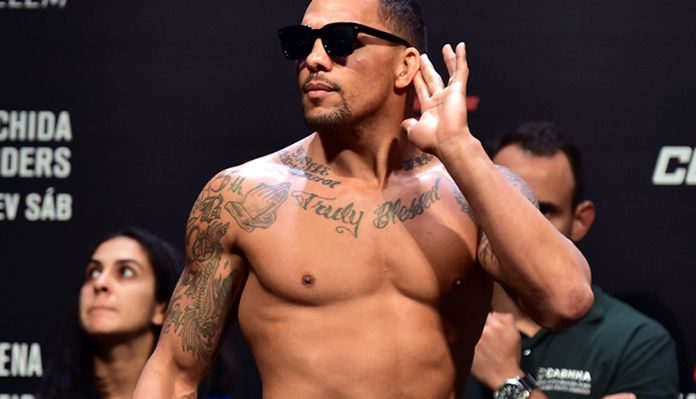 A number of new matchups have been added to the upcoming UFC Fight Night card on May 16, including the return of middleweight Eryk Anders.

UFC president Dana White recently announced three cards in Jacksonville, Florida, and now the matchups are trickling out. Last week it was revealed the main event of the card will be a five-round heavyweight bout between Alistair Overeem and Walt Harris. This fight was re-booked from its original spot at UFC Portland, and several of the other fights added to this event are also re-bookings from other cards that were canceled.

Here is the list of the current UFC Fight Night Jacksonville 2 fight card.

While the main event features the biggest name on the card so far in Overeem, there are several other outstanding matchups on the prelims. At middleweight, Anders takes on Jotko. This was another fight that was previously booked for the canceled UFC Portland card. Also at middleweight, Anthony Hernandez takes on Kevin Holland. Hernandez was set to fight Punahele Soriano at UFC San Diego before that card was canceled.

At featherweight, Ige welcomes Barboza to the featherweight division after nearly 10 years of being a lightweight contender. It will certainly be interesting to see how Barboza performs down a weight class. Finally, there’s a bantamweight bout between Vera and Yadong which has been reported by MMAFighting.com. Vera and Yadong are two of the hottest bantamweights in the UFC right now and the winner of this fight should be closing in on the top-10 at 135lbs.

Which fight are you most excited to see at the UFC May 16 Fight Night Jacksonville card?