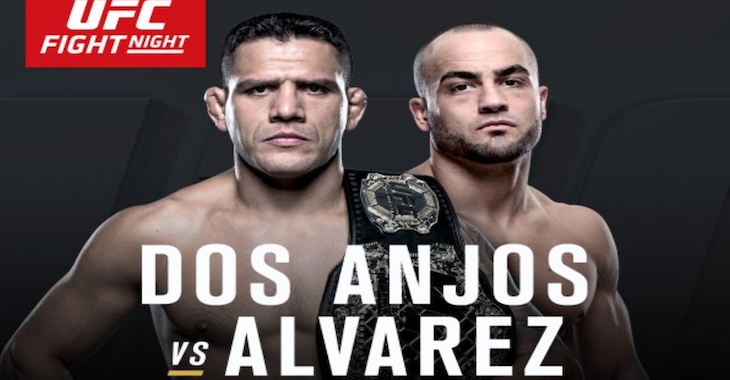 Alvarez joined Ariel Helwani on today’s edition of The MMA Hour where he discussed a number of topics, including how getting the call to fight for a UFC title got him emotional for the first time in a long time. His words:

“I have been fighting since I was 19-years-old, like thirteen years now. I have fought for a lot of world titles and I’ve fought all over the world. It’s really hard to get emotional about fighting anymore due to where I am at in my life. That’s for any kind of fight against any kind of opponent. But, this is one that will get me emotional. This is one that will get me to move and wake up early and go to bed late. This is exciting my friend. This is something that is unique and doesn’t happen very often. I am training with a guy who has been the lightweight world champion already (Frankie Edgar). And umm, you know he’s been waiting for his world title shot for over a couple of year’s now. So more than anything I just feel a sense of gratitude for getting a title shot and having the opportunity to fight a guy who people call the best at 155 in the world.”

Those victories moved Eddie in to the lightweight divisions top contender spot and this summer he will finally get his opportunity at UFC gold.

The Alvarez vs. “RDA” title bout will headline a UFC Fight Night event scheduled for July 7 in Las Vegas.

Who do you think leaves the cage as UFC lightweight champion on July 7? Sound off PENN Nation!