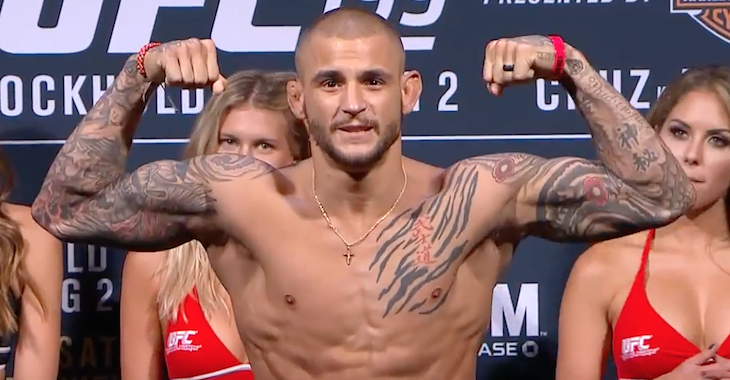 Dustin Poirier, a former contender in the UFC featherweight division, and now one of the top contenders at lightweight, has been in the game for a long time. That said, the Louisiana native continues to improve with every fight, thanks to his continued efforts in the gym.

Now, Poirier has been rewarded for his ongoing efforts in the gym, as he has received his black belt in Brazilian jiu-jitsu. Poirier announced this major honor on his official Instagram account. See his post below!

I’ve been doing Jiujitsu for close to 11 years now. Today I received my black belt! Thanks to everyone who has been part of my journey!!

“I’ve been doing Jiujitsu for close to 11 years now,” Poirier said in his post. “Today I received my black belt! Thanks to everyone who has been part of my journey!”

Poirier last stepped into the Octagon in November, when he picked up one of the best wins of his career, a TKO defeat over former champion Anthony Pettis.

With this massive win in the books, Poirier has been angling for a fight with his second-most recent opponent Eddie Alvarez, who he battled to a disappointing no-contest back in May.

Unfortunately for Poirier, Alvarez doesn’t seem interested in this do-over. Riding high on a big win over Justin Gaethje, the former UFC and Bellator champ appears keen to leave his rivalry with Poirier in the past.

“Considering what I just did, that would be the silliest thing I could do,” Alvarez said of a Poirier rematch on a recent episode of The MMA Hour. “They put me against an undefeated rising star in Justin Gaethje. They were going to give Gaethje a title fight. If Justin Gaethje beat me, he was going to fight for a title. Didn’t happen. I knocked the guy out and he’s never been beat in his life.”

Who do you want to see the new BJJ black belt Dustin Poirier fight next?