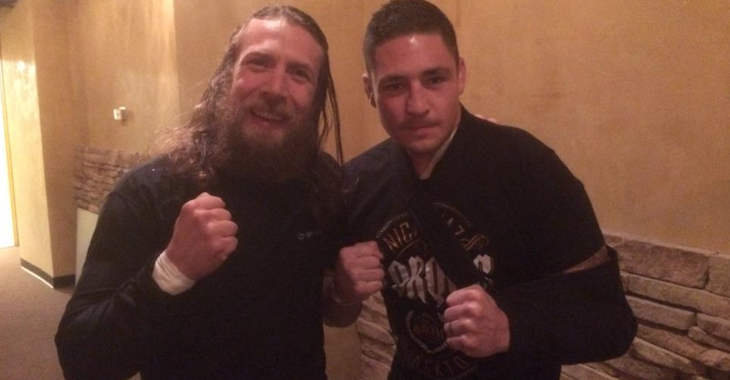 While many are probably wondering what this has to do with MMA news, Bryan’s famous “Yes! Yes! Yes!” chant which was chanted by entire arenas throughout the course of Bryan’s career was actually borrowed from UFC veteran Diego Sanchez.

Sanchez took to Twitter to thank Bryan for taking the “Yes!” chant to new heights.

You'll always be my favorite thank you for taking the yes chant to superstardom https://t.co/DGj8kEpUen

The pair actually met back in January of 2015, which you can see below!