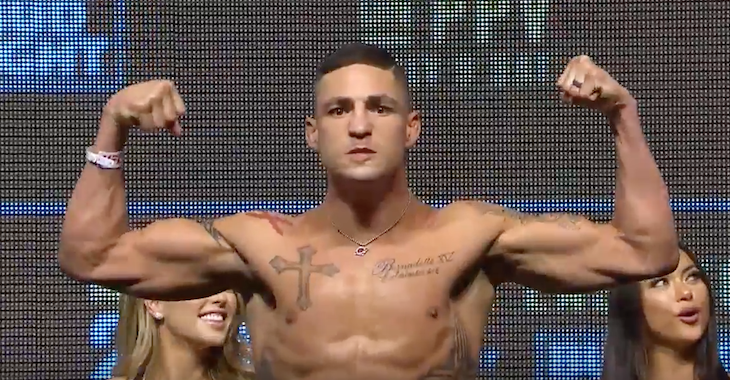 This past weekend, on the main card of ‘UFC Fight Night: Swanson vs. Lobov’, UFC icon Diego Sanchez returned to the Octagon in hopes of building on his November win over Marcin Held.

Unfortunately for Sanchez, who has been known as ‘The Original Ultimate Fighter’ given the fact that he was the inaugural TUF 1 middleweight tournament winner, he was KOd in the very first round by Al Iaquinta. The loss was a particularly spectacular one for Iaquinta, who was returning to the Octagon for the first time since 2015. With that being said of course, the loss was a particularly devastating one for Sanchez, who received good news that his CT scan came back normal following the KO. Now, Diego Sanchez has released a statement on the loss to his supporters via Instagram:

This is a heart felt message for all the supporters of what I do but more importantly what I stand for as a athlete a man and warrior of the octagon, after evaluating the situation with a clear mind I have two options? The first is to feel sorry for myself start doubting myself, god and everything that makes me a winner? Thinking negative like many people would and even are the people that are not in my shoes the people who have no clue and just are so fast to throw out retirement and this and that? YOUR NOT ME! So just shut your mouths right now before even saying it, ITS NOT YOURS TO SAY! I speak from the heart and do not sugar coat SHIT! so there's that path the quitters path? Or there is the DIEGO path what being a Lionheart is all about it's about picking your self up when you fall learning how you fell and how to prevent it from happening again? This was the first KO of my career some fighters experience it more than ounce in over a decade of fighting the very best UFC has put in front of a man. Loosing is a part of this sport, I choose to believe in my god given abilities and had work earned talent! I choose to believe in my dream! I am confident, I am experienced, i am still very healthy, young for my physical age and more driven and hungry for success than ever. So I choose to continue to roar like a lion for the lord Jesus and do what I do and that's fight ON! To all my fans and friends that believe in me I love you guys! To all my family that loves me and has there concerns let me assure you I have been tested at the best facilities In The world my cognitive health is the same if not better than it's ever been I'm sharp sober minded and extremely healthy so I know it hurts to see a warrior you love fall but it's part of it and when I am no longer able to compete with the best fighters in the world i will look to what is next! As for now I'm a beast that got caught with a perfect shot I'm all good and will be back with adjustments that will prevent that from ever happening again! So today I thank god I was not injured In The fight , I still have a iron jaw and a lion heart and a sober mind. You doubters you gonna doubt it's what do ❤️