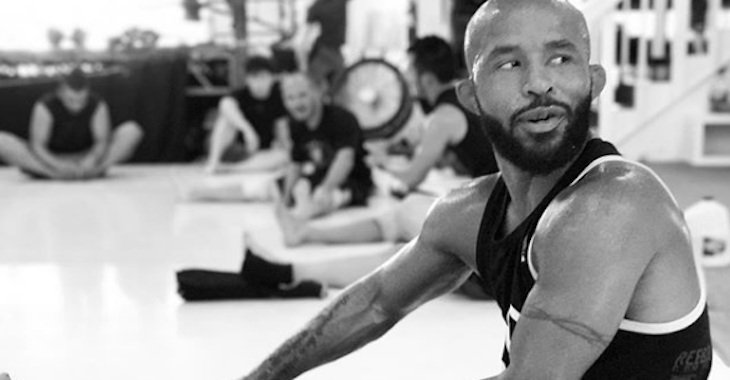 If things had gone according to plan, dominant UFC flyweight champion Demetrious Johnson would have taken on Ray Borg in the main event of UFC 215 this weekend. Regrettably, Borg was forced out of the fight with an illness at the very last minute, leaving Johnson without an opponent – and apparently, without a payday.

On Monday’s edition of The MMA Hour, the flyweight champ explained that he has still not been paid by the UFC – despite the fact that he was prepared to show up for the fight, and the bout’s cancellation really had nothing to do with him. Luckily, it sounds as though his bout with Borg will be rescheduled for UFC 216 in October, however.

“Usually if it’s a quick turnaround, then typically they do not pay the athletes,” Johnson explained (h/t Marc Raimondi of MMAFighting.com). “Hopefully they do make things happen on Oct. 7, if it’s possible, then I can get a pay check. As far as I’m concerned, my black ass should be going to the bank and depositing a check right now and taking my kids to school. But that’s not the case right now.”

“Don’t get me wrong,” he continued. “When they said, ‘Stop cutting weight,’ and the first thing I said, I said, ‘How the f*ck do I get my money? Do I need to finish cutting weight, step on the scale, so I can get my pay check?’ Because I just trained eight weeks for this.”

“I didn’t get a pay check, so I’m still searching for my pay check… They said I have to fight and make weight Oct. 7. Then I’m coming to fight and collecting cash.”

Do you think Demetrious Johnson should be paid for UFC 215, even if his bout with Ray Borg is rescheduled for UFC 216?