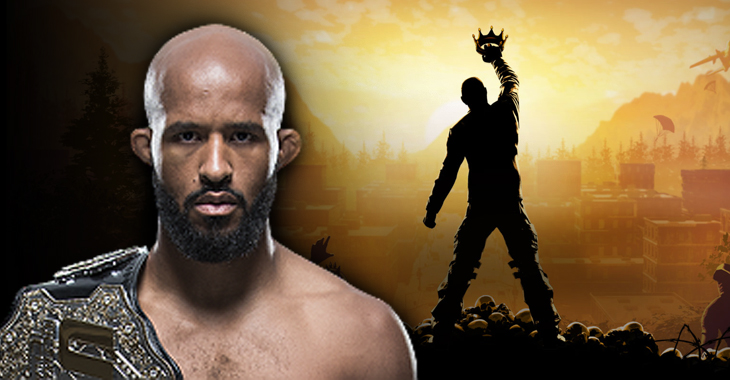 Demetrious Johnson just beat Anderson Silva’s record, successfully defended his title, pulled off one of the most amazing submissions in UFC history, but he’s always on to the next challenge. He’s going to continue to try and take his gaming to the next level by competing at TwitchCon this year. He’ll be joined in the tournament by cosplaying UFC strawweight Angela Hill and the first ever UFC lightweight champion Jens Pulver. All three of which have streamed their gameplay on Twitch.

“Demetrious Johnson, Angela Hill and Jens Pulver will all be competing in esports for a chance at the $200,000 prize pool at Daybreak Games’ H1Z1 Invitational later this month at TwitchCon.” — As reported by MMA Fighting. For those not in the know, H1Z1 is a post-apocalyptic MMO (massive-multiplayer-online) game. 75 players including UFC flyweight champion, Angela Hill, and MMA legend Jens Pulver will compete in the kill-or-be-killed spectacle for fame, glory, and a good hunk of change. This is actually Demetrious Johnson’s second year competing in the H1Z1 Invitational. The H1Z1 Invitational is three separate events that will take place at the Long Beach Convention Center. The All-Stars Invitation will take place October 21st.

“H1Z1 is an amazing concept. I love how it’s totally random. You get dropped into ‘The Jungle’ with nothing, and if you get into a fight and lose, you lose everything. That random aspect of the game intrigues me.” — Demetrious Johnson told Yahoo Esports last year.

The H1Z1 Invitational returns to TwitchCon 2017 with THREE tournaments! Here’s who to watch and how to compete: https://t.co/melWSbsCGK pic.twitter.com/lJeuatEnqi