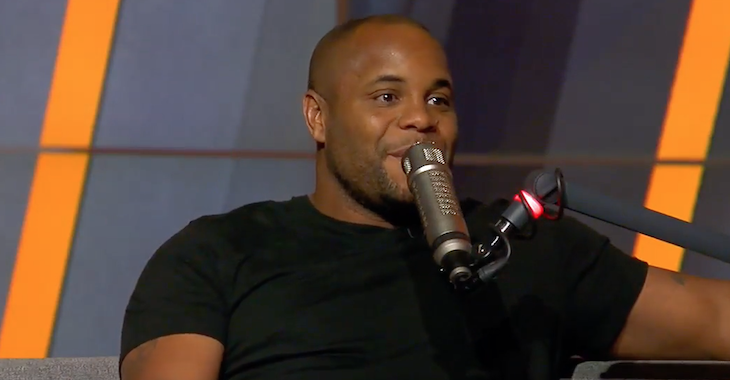 Last weekend, during the broadcast of the UFC 213 main card, the promotion aired a chilling trailer for the UFC 214 main event: a light heavyweight showdown between reigning champion Daniel Cormier, and his biggest rival, former champion Jon Jones.

This trailer immediately got people talking on social media. One of the main talking points about it was its Jones-centric tone. While the champion Cormier features heavily in it, the challenger Jones is undeniably the star.

On a recent episode of MMAJunkie Radio, Cormier addressed his status as the supporting actor in this trailer. While Cormier has had gripes with the way he’s been promoted in the past – such as his positioning on the UFC 210 poster – he’s surprisingly not bothered by the format of this trailer.

“I think the story of redemption is an easy sell,” Cormier said (h/t MMAJunkie).

“I feel like, watching it, it was like two parties,” Cormier said. “You saw all the ups and downs of his career, and I was the steady, more adult voice in that promo, which is I think the narrative of the fight. The steady person vs. the up-and-down person.”

“I like having the opportunity of being the person that doesn’t allow for the redemption,” Cormier said. “I will not allow him to have the ultimate redemption.”

What do you think of Daniel Cormier’s assessment of the UFC 214 promo that aired during UFC 213? Join the conversation in the comments section!