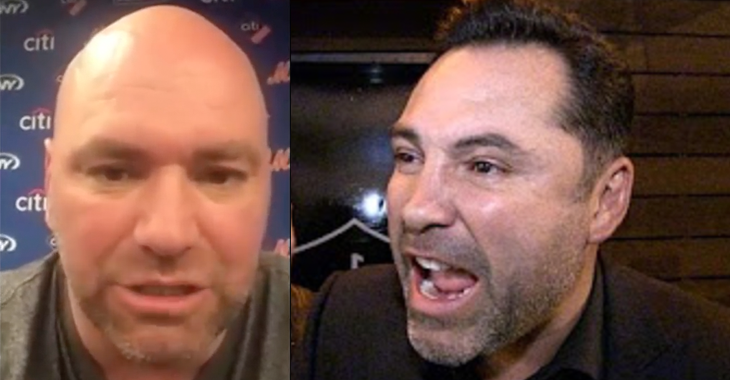 The fight has not only sparked a ton of interest, but it has also absorbed a fair amount of criticism.

Former boxing champion Oscar De La Hoya has been one of the most outspoken figures against the “The Money Fight”. “The Golden Boy” is nothing short of disgusted by the McGregor vs. Mayweather boxing match and today once again took a huge shot at tomorrow’s big fight.

FUCK YOU #MayweatherVsMcGregor BOTH OF YOU ARE DISRESPECTING THE SPORT OF BOXING #CaneloGGG Sept 16th https://t.co/SX1Co1Uuj8

Conor McGregor and Floyd Mayweather will go to war tomorrow night live from T-Mobile Arena in Las Vegas, Nevada. The highly anticipated super-fight can be purchased on pay-per-view.
What do you think of UFC President Dana White’s rather harsh comeback at Oscar De La Hoya? Sound off PENN Nation!