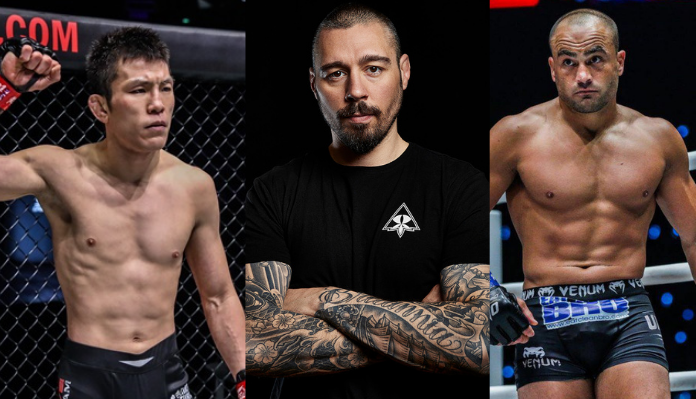 Dan Hardy has been itching to lace up the gloves again for a long time. Having been released from his UFC contract earlier this year, it looks like ‘the Outlaw’ may be about to get his wish in ONE Championship.

Having last competed in MMA in 2012, the 39 year old is looking to make a comeback out in Asia – starting with a caged Muay Thai bout against John Wayne Parr. The Brit says that he and JWP have been exchanging messages and that the fight is ‘verbally agreed.’

With ONE Championship putting on fights in a variety of disciplines, signing with the Singapore-based promotion would certainly offer Hardy plenty of options.

The Nottingham-born fighter spent his UFC career competing as a welterweight. Due to the different weight classes in ONE, 170lb would put Hardy in the lightweight division.

If he goes down that path, there’s some cracking match-ups lying in wait. Namely, against fellow veterans Eddie Alvarez and Shinya Aoki.

“My plan is to get to the lightweight limit which, obviously with the hydration testing i’ve got to be bang on 170lb during fight week. It’s been a little while since I was at that weight but i’m under 200lb now and I’m in decent shape. I know I can get the rest of that weight off and be dangerous and in good condition at that weight.”

“On the back of that (fight) I’d be walking around at about 175lb which opens up a lot of options. There are a lot of interesting fights in that region. From MMA to kickboxing to Muay Thai to boxing.”

Looking ahead to the potential match-ups at that weight, Hardy said,

“I think Eddie (Alvarez) is a good pick. I’ve got a lot of respect for Eddie and for his team. And it would be a fight that would interest the fans. I think ONE would like it because it would engage the western audience a bit more where they’re more familiar with the likes of Eddie Alvarez. He’s a former multiple time world champion, he’s the king of the underground. It would be a hell of a fight!” 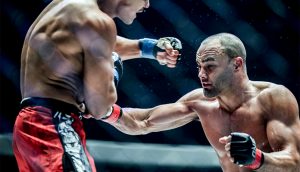 “The other one that springs out it Shinya Aoki,” continued Hardy.

“He’s a whole other kind of puzzle to solve. I watched a couple of his recent fights and he’s just as slick as he was 5-10 years ago but he’s not nearly as reckless anymore. He’s so much more measured now. That (Aoki) would be an entirely different training camp. I’d have to bring in specialists for that, I’d have to travel a bit more for that. So as I’m going up the levels, that would be another fight on the list.”

If Hardy can recapture the kind of form that saw him get a shot at the UFC welterweight title against GSP over a decade ago it would be a remarkable achievement.

Can he recapture the magic in ONE Championship?