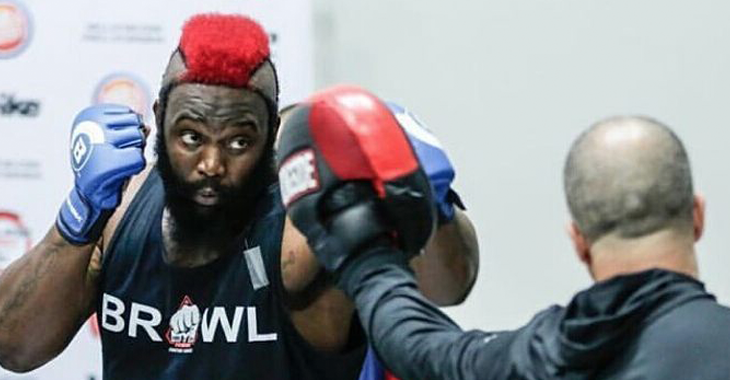 The much talked about fight between Kimbo Slice and Dada 5000 took place nearly two weeks ago on Feb. 19 at Bellator 149 and Dada 5000 has just been released from the hospital being admitted immediately after the fight.

The lackluster fight ended with both opponents heavily gassed out with Kimbo ending the fight by TKO in the third round.

Dada 5000 was taken out on a stretcher after the bout and faced a multitude of serious health issues that put the fighter in critical condition after the fight. Dada 5000 suffered cardiac arrest, severe dehydration, fatigue, and renal failure as a result of the weight cut leading up to the fight.

A statement was released on Dada 5000’s Facebook page that read:

“This is @Joserivero Dada 5000 has been released from the Hospital and is now back home in South Florida. He wants all his supporters to know he appreciates them and is nothing without them. He will soon be available to tell his story….”

Although many fellow fighters didn’t have many good things to say about the fight between Kimbo Slice and Dada 5000, both men showed a tremendous amount of heart giving it their all to the end. With Dada 5000’s health condition, it is without a doubt that the heavyweight gave everything he had in his Bellator debut.