Blaydes (15-3 MMA) will be returning to action for the first time since September of 2021, where he earned a unanimous decision victory over Jairzinho Rozenstruik. That win was of course preceded by a nasty knockout loss to Derrick Lewis at UFC Vegas 19.

Meanwhile, Chris Daukaus (12-4 MMA) will enter tonight’s UFC Columbus event in hopes of rebounding from his recent knockout loss to ‘The Black Beast’. The Philadelphia native was KO’d by Lewis in the first round last December, a loss which snapped his five-fight winning streak. 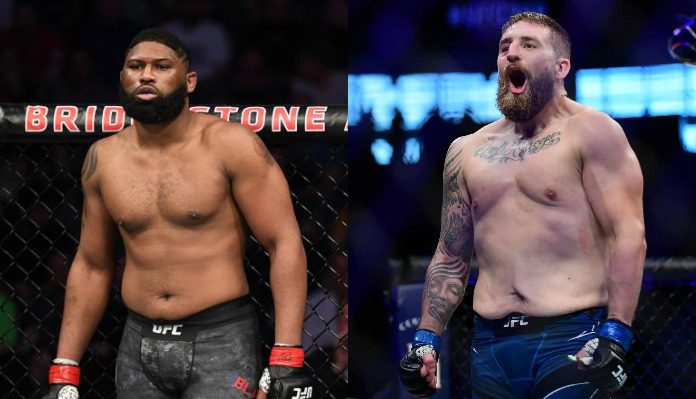 Round one of tonight’s main event begins and Chris Daukaus is able to land a pair of good right hands early. Curtis Blaydes is looking to find a way inside so he can get this fight to the floor. He lands a nice inside low kick. Daukaus comes forward with a combination. ‘Razor’ is able to land a nice counter right and we are now halfway through the opening round. Daukaus leaps in with a nice two-punch combination. Blaydes back peddles but the Philadelphia product stays right on him. He lands a nice jab. Blaydes attempts to return fire but ends up landing an eye poke. We have a brief break and the restart. The horn sounds to end round one.

Round two of the UFC Columbus main event begins and Curtis Blaydes lands a big punch and Chris Daukaus goes down. ‘Razor’ jumps on him with ground and pound and this one is all over! What a performance from Mr. Blaydes.

Who would you like to see Blaydes fight next following his TKO victory over Daukaus this evening in Ohio?