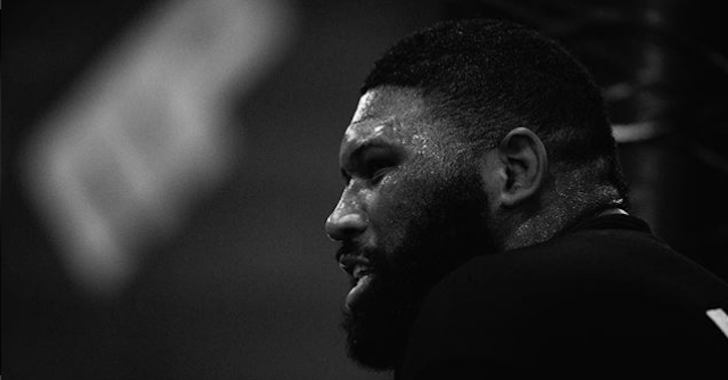 While Blaydes got the win he was chasing, he did have to weather some adversity in this fight, as Hunt very nearly put him down with punches in the first frame. Luckily, though, his chin held strong, and he was able to survive this scare.

While viewers might have been shocked with the durability of Blaydes chin, he himself knew it was sturdy, having braved the power punches of knockout artist Francis Ngannou in his UFC debut. In his opinion, Ngannou hits even harder than Hunt.

“I debuted against Francis Ngannou, who, I will give him that, he is the heaviest hitter I’ve ever faced,” Blaydes said at the UFC 221 post-fight press conference (h/t MMAMania). “He hits harder than Mark Hunt. No disrespect to Mark Hunt, they both hit hard, we are splitting hairs here, but Ngannou hits harder. And I already knew I had a chin.”

Blaydes also recounted the moments that Hunt had him in trouble.

“When he landed those heavy strikes, he definitely rocked me,” Blaydes said. “My vision went black for like, two seconds, and I heard my cornermen screaming ‘takedown!’ I knew I should get the takedown and that’s why he was able to get up so quickly because I wasn’t really in it so I got the takedown, it gave me enough time just to recover and then from there I kind of knew my range and I knew where not to be. From there, I knew I had to continue with the takedowns. I knew it would gas him out and help me get the W.”

What did you think of Curtis Blaydes’ big win at UFC 221? Who do you want to see him fight next?