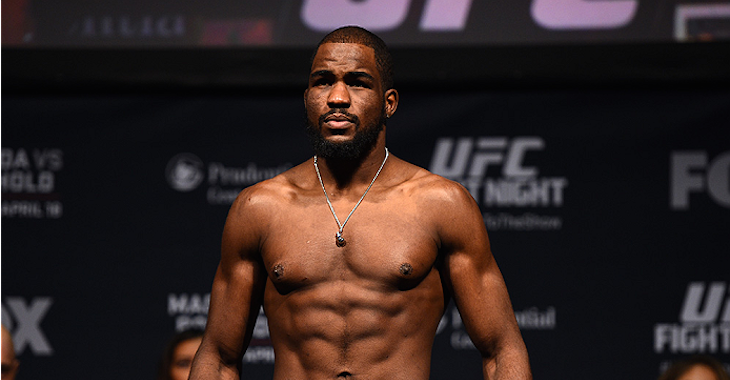 While we wait to learn whether Daniel Cormier’s next title defense will be against Anthony “Rumble” Johnson or Jon Jones, the rest of the light heavyweight division is trundling on.

Yesterday afternoon, it was announced that two-time light heavyweight title challenger Alexander Gustafsson will be taking on 40-year-old veteran Antonio Rogerio Nogueira in Brazil this November. Later last night, it began to look like another key light heavyweight matchup could be in the works – at least, that’s what light heavyweight prospect Corey Anderson is hoping.

On Sunday night, the 26-year-old light heavyweight Retweeted a Tweet from the account @Matches2Make, which suggested a bout pairing him with red hot Ukrainian prospect Nikita Krylov. Apparently, Anderson is all for this proposed booking.

Of course, this potential showdown might be passed over given the fact that Anderson is riding a loss, while Krylov is riding the momentum of five violent, stoppage wins. UFC matchmaker Joe Silva rarely deviates from his winners-with-winners, losers-with-losers matchmaking formula, after all.

When we last saw Anderson in action, he came up short in a fairly forgettable battle with fading Pride legend Mauricio “Shogun” Rua. Krylov, meanwhile, has spent the last two years TKOing Cody Donovan, submitting Stanislav Nedkov, Marcos Rogerio de Lima, and Francimar Barroso, and most recently, removing Ed Herman’s batteries with a crippling kick to the dome. The Ukrainian is ready for a big step up in competition, and given that he currently outranks Anderson in the UFC light heavyweight division, this potential bout doesn’t really serve that function.

Whether this fight gets booked or not, however, it’s always nice to see fighters exercise the callout, rather than simply accepting the fights they’re offered by the UFC.

Are you interested in a Corey Anderson vs. Nikita Krylov bout, and who do you think would win if they fought? Sound off in the comments, PENN nation!