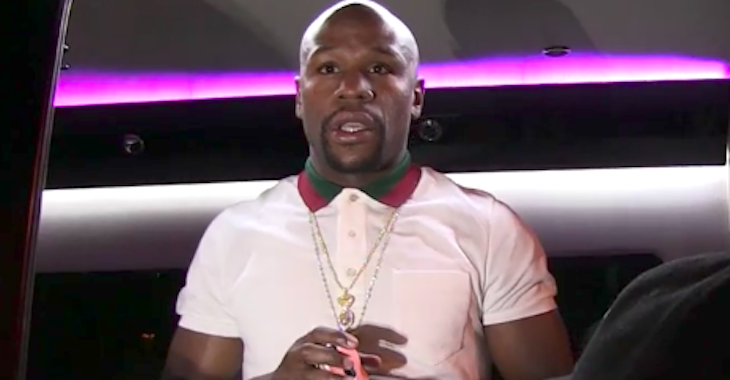 In the lead up to yesterday’s weigh ins, Floyd Mayweather and his team were adamant that “Mystic Mac” was struggling to make weight. The “Money Team” even predicted that the Irish superstar would fail in his attempt to make the 154-pound limit.

Well as he does more often than not, Conor McGregor proved his doubters wrong and weighed in comfortably at 153-pounds.

In the video below, Team Mayweather looks arguably upset to see the current UFC lightweight champion of the world, Conor McGregor, easily make the fight weight.

As for Floyd Mayweather, “Money” weighed in at a lean 149.5 pounds for the fight which takes place tonight at T-Mobile Arena in Las Vegas.

Who do you think will emerge victorious in tonight’s highly anticipated Mayweather vs. McGregor boxing match? Sound off PENN Nation!