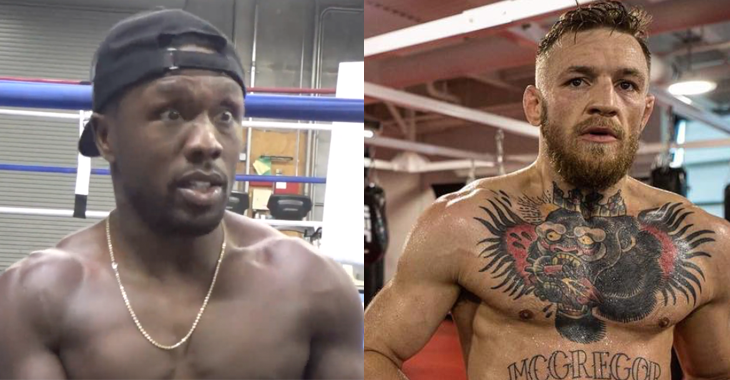 Floyd Mayweather’s last opponent, Andre Berto, and Conor McGregor have a friendly relationship. So, you would think it would make perfect sense for Berto to be helping out “The Notorious” in his training camp, right?

According to McGregor’s former sparring partner Paulie Malignaggi, Berto had plans to join McGregor’s camp to help prepare the UFC champ for his mega-million dollar boxing match against Mayweather. However, after seeing and hearing how McGregor went about treating Malignaggi and Chris Van Heerden in the past, Berto’s plans changed. “I spoke to Andre Berto. Andre was supposed to go there and box on Saturday, and he changed his mind after seeing what happened with me,” Malignaggi said on the Cagesiders podcast (transcribed by Anton Tabuena for Bloody Elbow). “Everybody already knew what happened with Van Heerden, now he’s doing the same with me too. When word goes around that somebody is like that, even in regular life, you start to alienate (people).”

With McGregor set to go against who many consider the best boxer of this generation in Mayweather, you would think that there would be more high-profile names in the McGregor training camp. However, Malignaggi says that McGregor’s tactics have many from the boxing world not wanting to touch the camp with a 10-foot pole.

“He’s going to have trouble getting any help in boxing, because the sneaky tactics, the sneaky qualities that he has now can no longer be looked at as a coincidence. With the Van Heerden situation, like maybe he didn’t know how the ethics work in boxing, maybe he still had to learn, or now that he has learned, everything will be okay.

“I think the cat’s out of the bag with Conor McGregor in boxing, now that he’s tried this again, with sneaky tactics,” he said. “You spar, and let me put in sneaky pictures, or make sneaky videos in Van Heerden’s case and let me spin it.”

Malignaggi said that he didn’t think it was necessary for McGregor to “spin” his sparring sessions with Van Heerden or himself as “The Notorious” had already built a big name for himself. Instead, by making his sparring partners look bad, it has only hurt his reputation and ability for him to work with others in the future.

“There was no need to do that, but all it’s done is ruin his reputation. I don’t think he’ll be able to get big name help at any point in his boxing career. But at the end of the day, it was definitely something that has hurt his ability to work with contacts — or have contacts in boxing.”