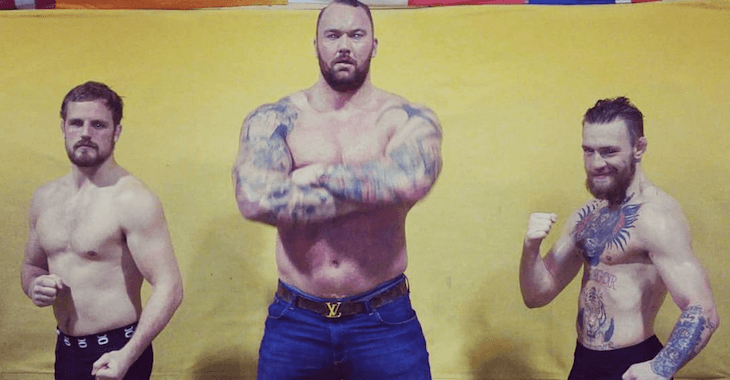 UFC featherweight champion Conor McGregor went on Twitter to congratulate his “SBG” teammate, while adding that the victory was the result of having “complete focus” during his fight camp:

Gunnar The White Ape Nelson!!
That is the result of hard work and complete focus throughout camp.
We are entering a new level. #SBG #Mjolnir

McGregor is currently in a standoff with the UFC after he was pulled from July’s UFC 200 fight card for refusing to participate in certain media obligations to help promote the event.

The UFC is reportedly working on a McGregor vs. Diaz rematch for UFC 202. However, rumors have surfaced that the Irishman is also entertaining the idea of a boxing match with Floyd Mayweather.