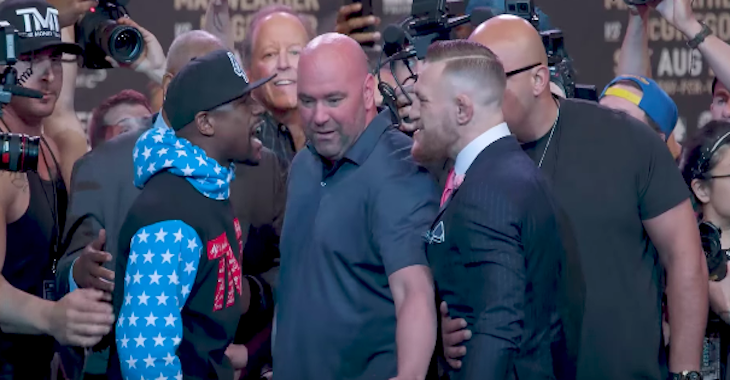 The predicted richest fight in combat sports history is set to take place on August 26 as Floyd Mayweather has come out of retirement to meet UFC lightweight champion Conor McGregor in the boxing ring. While the masses will be tuning in to see the main event spectacle, many have been anxious to see who will be fighting on the undercard.

On Thursday, Showtime released three boxing matches that will be featured on the August 26 undercard which include the following: IBF World Super Featherweight champion Gervonta Davis holds an undefeated 18-0 record with 17 KOs and will be defending his belt while Francisco Fonseca holds a 19-0-1 record with 13 KOs.

WBA Light heavyweight Nathan Cleverly holds a 30-3 record with 16 wins by way of KO and 1 KO loss. Cleverly will defend his title against WBC super middleweight champion Badou Jack who will be going up in weight to challenge Cleverly for his title.

NABF cruiserweight champion Andrew Tabiti holds a 14-0 record with 12 KOs and will be taking on former champion Steve Cunningham who holds a 19-8-1 record. Cunningham has picked up 13 wins by way of KO and one KO loss.

What are your thoughts on the Floyd Mayweather vs Conor McGregor undercard? Were you hoping to see more boxing vs MMA matchups? Let’s discuss this in the comment section!