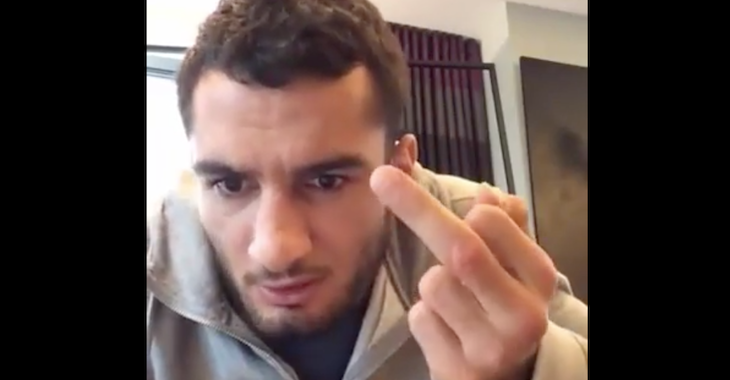 While the combat sports community is anxiously awaiting any updates regarding the status of a potential Conor McGregor vs. Floyd Mayweather fight, others, such as UFC middleweight Gegard Mousasi think the fight has no business even being discussed.

Mousasi, who is currently in the final hours of his preparation for his UFC 210 co-main event scrap with Chris Weidman, spoke to BloodyElbow to discuss the potential historic Conor McGregor vs. Floyd Mayweather fight, saying:

“Conor McGregor vs. Floyd Mayweather, that’s the stupidest fight ever. Of course Mayweather is gonna win. People are trying to sell the fight as Conor having a puncher’s chance. Give me a break. Those are big gloves. The guy is a pound-for-pound boxer. You’re not gonna defeat him.

It’s just them needing to sell the fight, so they say he’s [affected voice] ‘He’s bigger, younger and has a puncher’s chance.’ Go. Go sell that medicine, man. Don’t come here and lie to people. That’s not the truth. That’s really not the truth. It’s just an easy fight for Mayweather.”

Mousasi of course makes a very interesting point about how McGregor’s power may not be the same with the larger boxing gloves, as opposed to the 4oz gloves McGregor is accustomed to knocking his opponents out with in MMA. With that being said however, as Tristar Gym head coach Firas Zahabi puts it, McGregor has the ‘touch of death’ in his left hand, which results in him having the unique ability to put nearly all of his opponents to sleep.

With that being said of course, McGregor must first connect with a clean punch on Mayweather, who as Andre Berto explained, is so incredibly quick and elusive, that he keeps eye contact with his opponents while successfully evading their attacks.