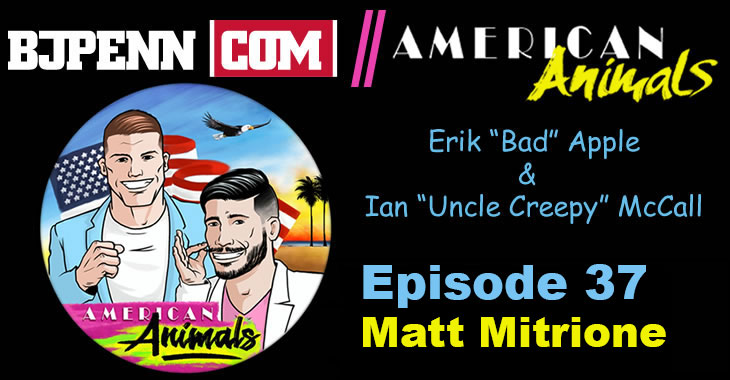 Mitrione is set to co-headline Bellator 180 at the world’s most famous arena, Madison Square Garden.

On this episode of American Animals, Ian McCall and Erik Apple are joined by Bellator heavyweight and fan favorite, Matt Mitrione. Mitrione, a former member of the Purdue Boilermakers (NCAAF) and New York Giants (NFL), tells us about his journey from NFL defensive lineman, to MMA juggernaut. Plus, the guys delve into Matt’s recent health issues, his upcoming opponent’s fame, and the big co-main event bout that pits Mitrione against Fedor “The Last Emperor” Emelianenko at Bellator 180. Step inside the octagon with this episode of American Animals!