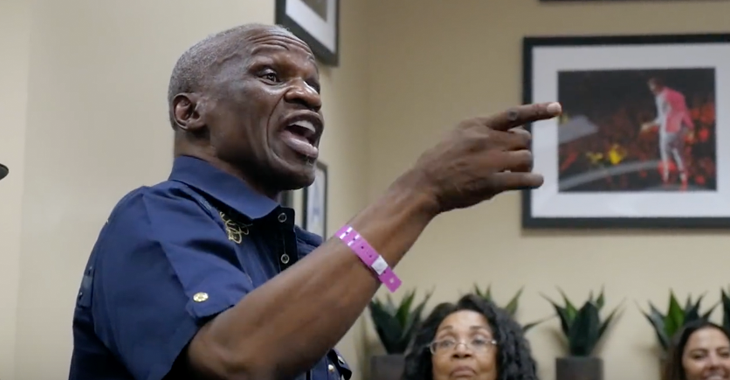 Paulie Malignaggi said that Conor McGregor fights dirty and still has to learn about the difference between inside fighting used in boxing and in mixed martial arts. Floyd Mayweather even commented during his media conference call on Thursday regarding the short clips of McGregor and Malignaggi sparring and said that he saw some illegal shots being thrown by the UFC lightweight champion.

However, come fight night, Mayweather said that he will do his job and worry about fighting while he will let the referee in the ring do his job and ref the fight. Perhaps Floyd will not be worrying so much about McGregor fighting dirty in their bout as Floyd Sr. said on “The Herd with Colin Cowherd” that there would be a lawsuit thrown at McGregor if he decides to try and fight dirty.

Cowherd then asked Floyd Sr. to confirm that he would sue McGregor for fighting dirty.

“Why wouldn’t you?” Mayweather replied. “That ain’t the way we playing it. We ain’t playing it like that. He came to box, that’s what he thought he could do but now he’s gonna find out.” Cowherd then asked if the Mayweather camp discussed filing a lawsuit against McGregor if he fights dirty and Floyd Sr. said that it was solely his idea.

“No. No Mayweathers discussed that. That’s me,” Floyd Sr. said. “That’s me. There’s enough people around here suing everybody for nothing, and this is something that you can be screwed for.”

Do you think Floyd Mayweather Sr. has a case here if Conor McGregor is constantly throwing illegal shots on August 26? Let’s discuss this in the comment section.