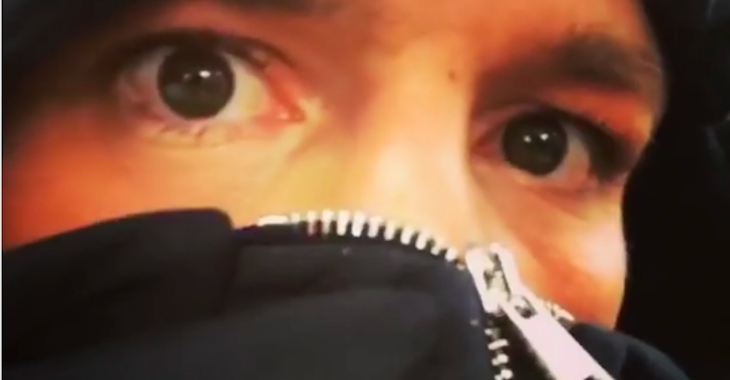 Last night, we were hit by a tidal wave of rumors and reports suggesting UFC lightweight champion Conor McGregor had been involved in a bar fight in Dublin, Ireland, and that  somewhere in the fracas, he planted one of his vaunted punches on a close associate of of convicted Irish drug dealer Graham ‘The Wig’ Whelan.

Initially, these rumors could only be taken so seriously. On Tuesday morning, however, several bigger, more reputable outlets began reporting that an unnamed Irish star had indeed been involved in a confrontation, and that a cartel associate had been hit amid the bedlam.

While the Independent’s report was clearly careful not to name names, McGregor has seemingly identified himself as the celebrity referred to in the Irish publication’s headline. He did so in a Tuesday afternoon video posted to Instagram.

In this video post, a hooded McGregor shoots a darting and dramatic glance at the camera. The key detail of this cloak-and-dagger post, however, is that it is accompanied by the caption “The celebrity.”

Of course, this is merely a case of putting A and B together. It’s entirely possible that this is all a coincidence, and that this bizarre post from McGregor has nothing to do with the rumors and intrigue that are currently stapled to his name.

Whatever the case, the latest reports on the matter claim that the Garda Síochána (Irish police) are aware of whatever madness occurred inside the bar in Dublin, but that no report has been filed. That means that, for the moment, Conor McGregor wouldn’t seem to be in any legal trouble.

Stay tuned for more details as they emerge.