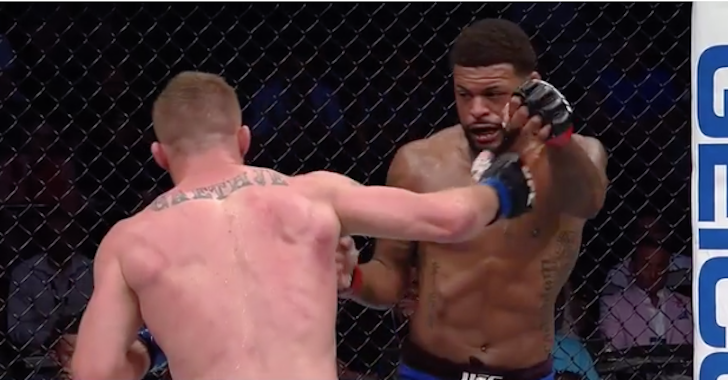 Friday night in Las Vegas, Justin Gaethje made his highly anticipated UFC debut as he faced UFC veteran Michael Johnson in a highly anticipated grudge match that will go down as one of the most thrilling fights of all time. The fight earned praise from nearly every member of the MMA community given its back and forth nature.

Following the fight, UFC lightweight champion Conor McGregor took to social media to give his reaction to the bout:

That was a good contest. Two fighters, fighting.

Conor McGregor of course wasn’t the only one to praise the main event scrap, as countless fighters took to social media to give their thoughts on what many consider to be two of the greatest rounds in MMA history.

Gaethje has yet react to McGregor’s Tweet, however he stated at the post-fight press conference that he is looking for the quickest path to the interim belt, and then a fight with Conor McGregor: Gaethje, at the presser, says he wants the quickest path to the interim belt and then he wants McGregor. "I will pressure him," he said.

Gaethje on fighting Ferguson next: that's what I want. Michael Johnson whooped his ass. I will break him.