Just days after the Ultimate Fighting Championship held their highly anticipated UFC 249 event, which marked the promotions first fight card in over a month, McGregor took to Twitter where he proceeded to unload on multiple lightweight standouts.

Among those mentioned was Tony Ferguson. ‘El Cucuy’ had suffered a fifth-round TKO loss to Justin Gaethje this past Saturday night in his bid to reclaim the promotions interim lightweight title. Conor McGregor scoffed at Ferguson’s performance issuing the following reaction to the UFC 249 main event.

“I love Tony. We represented him amazingly at Paradigm sports and were betrayed for a promise of a baseball contract. But frame and preparation and here was just embarrassing. His methods and conversation are humorous/enjoyable but he was never the level perceived. Although tough.” McGregor wrote. 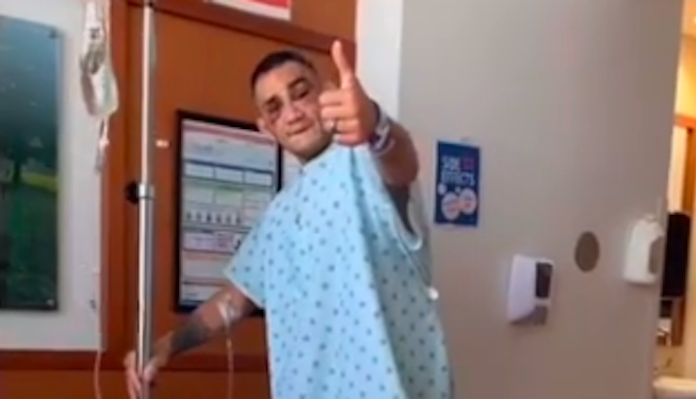 Soon after leaving the hospital, Ferguson took to social media to respond to the Irishman.

“Conor McGregor You’re Still My Bitch. You Never Represented Me According to Audie [Attar]. If So Then You Worked For Me, & Withheld Money From Me. Focus On Putting The Bottle Down Kid. @BallengeeGroup Is Gold Standard, Must Be Hard Watching From The Sidelines. Keep It Up Chump -Champ.” Ferguson replied.

Those comments clearly did not sit well with the former two-division UFC champion in McGregor, who issued the following scathing response to Ferguson’s remarks.

Shut up and thank the nurses and doctors that plated back up your skull and stitched all those gashes up.
It’s international nurses day!
And learn how to box!
Fumbling over your feet like a fucking Buffoon. We’d be embarrassed to represent that at Paradigm Sports.
GPizzle 💶

“Shut up and thank the nurses and doctors that plated back up your skull and stitched all those gashes up. It’s international nurses day! And learn how to box! Fumbling over your feet like a fucking Buffoon. We’d be embarrassed to represent that at Paradigm Sports. GPizzle.”

What do you think of the recent comments from Conor McGregor regarding Tony Ferguson? Who do you think would emerge victorious in a potential fight? Share your thoughts in the comments section of this post Penn Nation!