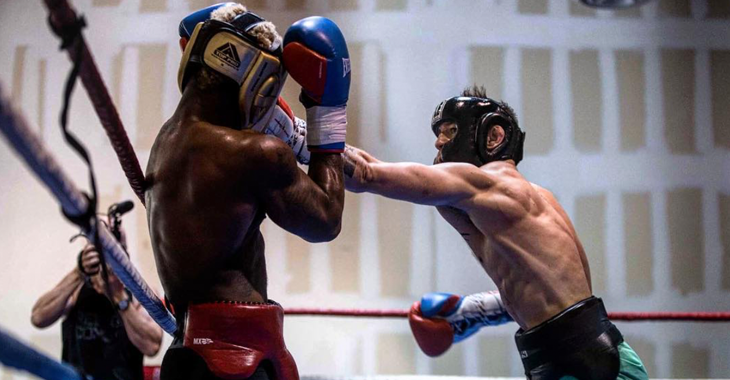 On August 26, UFC lightweight champion Conor McGregor will take his first steps into the boxing ring opposite undefeated boxing legend Floyd Mayweather Jr. While McGregor’s skeptics are numerous, his coaches are more than confident in his chances.

Speaking to MMAJunkie.com, one of McGregor’s coaches, Owen Roddy, assured that Conor McGregor beats any version of Floyd Mayweather – past or present.

“He’s one of the best to ever do it, but it doesn’t matter what Floyd comes,” Roddy explained. “The Floyd from 10 years ago or the Floyd today, it doesn’t matter. Conor will still do the same thing to either one of them. Conor just brings too much to the table.

“Every fight camp Conor improves so much. We’re in a boxing camp now, but it’s the same old story. Day by day he improves so much, he becomes twice the competitor he was the day before. It’s always an enjoyable process to watch him and watch him develop.”

Roddy also commented on Mayweather’s open workout from earlier this week, explaining that it only served to fortify confidence inside the Conor McGregor camp.

“For me, honestly, I thought it was a little bit messy,” Roddy said of Mayweather’s workout. “He didn’t do much. He hit a bag a couple times and talked. He did a couple of pushups and talked. It wasn’t very structured or anything like that. It’s similar to what he’s done every other time. At the end of the day, we’ve already watched everything we need to watch on Floyd. We watched hundreds of hours of tape, and we’ve got what we needed.”

Finally, Roddy weighed in on what the future holds for McGregor.

Do you think Conor McGregor can shock the world against Floyd Mayweather?