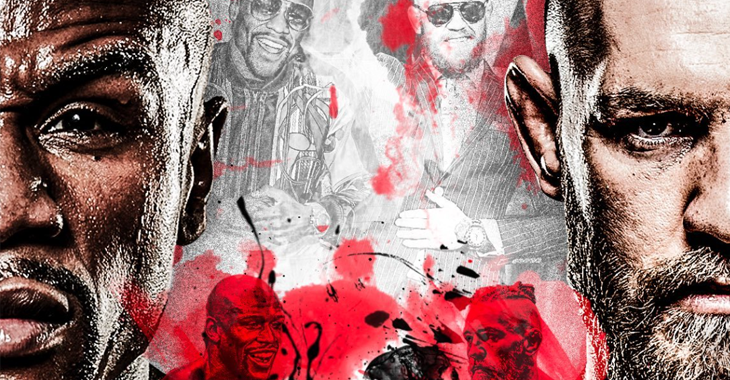 Veteran boxing commentator Jim Lampley is a stats man, and having reviewed the stats for some of UFC lightweight champ Conor McGregor‘s recent fights, he is very confident the Irishman will be embarrassed when he steps into the boxing ring with undefeated great Floyd Mayweather this August 26.

Lampley broke down what he believes is a glaring mismatch in conversation with Fight Hub TV in advance of Andre Ward and Sergey Kovalev’s Saturday night rematch.

“Let me tell you something, CompuBox – which I very much trust and appreciate as an analytical tool – tracked 10 Conor McGregor fights,” Lampley said (h/t BloodyElbow). “And I looked last night at the numbers from what they did. And I didn’t realize this, because I don’t watch MMA, he’s not an attacker, he’s a counter-puncher. He’s a guy who stands back, waits for the opponent to come to him, and tries to knock him out with one big shot.

“You know what Floyd Mayweather does against counter-punchers? He watches them, and he waits for them to make a move on him, because he’s not going to bother to play into their hands by walking in toward them and giving them opportunities. Here’s another thing: in the 10 events that CompuBox tracked Conor McGregor spent 21 minutes on his feet. He’s gonna spend 36 minutes on his feet in one fight against Floyd Mayweather. That’s a whole new experience. And by the way, Conor McGregor – in those fights tracked by CompuBox – landed about… or excuse me, threw about 42 strikes per round. That means that, not only is he a counter-puncher, but that he’s a relatively slow paced counter-puncher.

“The only two fighters that ever gave Floyd Mayweather any difficulty over long stretches of time were Jose Luis Castillo and Marcos Maidana,” Lampley concluded. “Two pure brawlers, with great physical strength, who pushed Floyd into the ropes and threw 75 or 80 punches a round, trying to land something. That does not describe Conor McGregor. So, this is a mismatch in even more ways than I thought was originally the case.”

What do you think of Jim Lampley’s assessment of Mayweather vs. McGregor? Does the UFC fighter stand a chance?