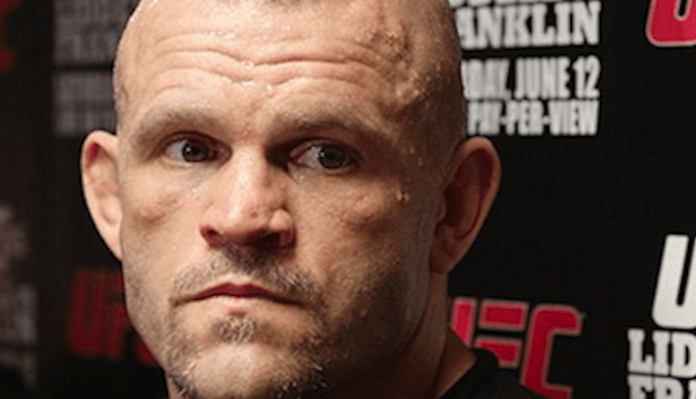 UFC Hall of Famer Chuck Liddell was reportedly arrested for domestic violence and he is currently sitting in a Los Angeles jail.

TMZ Sports reported that Liddell was arrested on Monday morning. According to TMZ, the “L.A. Sherriff’s Department received a call about a fight at a Liddell’s San Fernando Valley home. When cops arrived, they investigated, and determined the 51-year-old former fighter was involved in a verbal argument that turned physical.”

According to the report, the alleged victim was Liddell’s wife. She did not require medical attention, according to officers on the scene. However, Liddell was taken to jail and booked. His bail was set at $20,000.

Liddell (21-9) is one of the greatest MMA fighters of all time. The 51-year-old American was one of the biggest stars for the UFC during its period of huge growth in the mid-2000s, and Liddell’s name has become synonymous with the sport of mixed martial arts. During his time in the sport, Liddell fought many of the best fighters in the world, and he was the UFC light heavyweight champion. He retired from MMA back in 2010 following a brutal KO loss to Rich Franklin at UFC 115 but returned in 2018 for Golden Boy MMA. In his final MMA fight, he was knocked out by Tito Ortiz. However, he has since teased a return to the game and he has even suggested that he could fight someone such as Jake Paul next.

Most recently, Liddell was involved in a celebrity boxing match between Lamar Odom and Aaron Carter, where he was the special guest referee for their fight in Atlantic City.

This is a developing news story so more details will likely be uncovered as more is known about the story. For now, though, Liddell is in an LA jail and we will see what happens next.