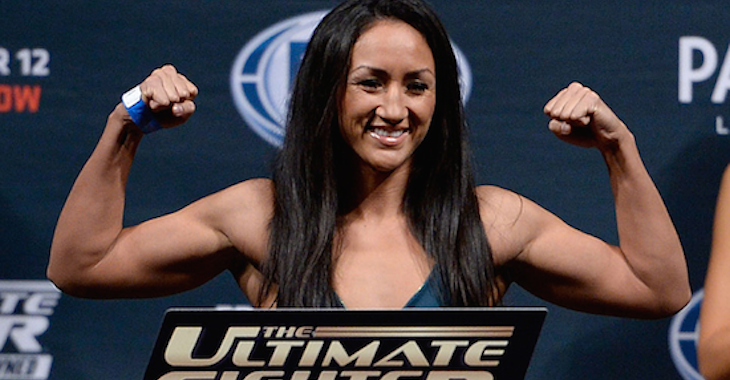 The inaugural UFC women’s strawweight champion, Carla Esparza (11-3 MMA), will return to the octagon next month when she fills in for the injured Jessica Aguilar against Julianna Lima (8-2 MMA).

The bout will mark Esparza’s first fight since losing her title to Joanna Jedrzejczyk via TKO at UFC 185 in March of 2015.

Prior to the title-losing setback, Carla was coming off a submission victory over Rose Namajunas, which earned her the strawweight crown at the TUF 20 Finale event.

Meanwhile, Julianna Lima has scored back-to-back wins, this after losing her octagon debut to the aforementioned Joanna Jedrzejczyk. “Ju Thai’s” most recent victory came at UFC Fight Night 67, where she earned a unanimous decision win over Ericka Almeida.

Who do you think will take home the victory when Esparza and Lima meet at next month’s UFC 197 pay-per-view event? Sound off PENN Nation!