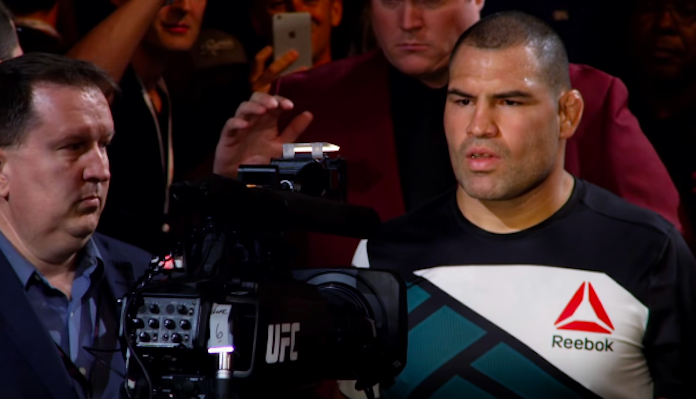 According to reports, Cain Velasquez spent Monday night, February 28th in jail. Velasquez, 39, has been arrested and booked on an attempted murder charge.

Former UFC heavyweight champion Cain Velasquez (14-3 MMA) is said to have been involved in a shooting which took place on Monterey Highway and Bailey Avenue, near Sobrato High School in Morgan Hill, California, at approximately 3pm which left one man injured.

Police confirmed that one man had been taken to hospital with non-life threatening injuries and Velasquez was arrested at the scene. There has been no other information released as to what occurred and why the shooting took place.

According to ‘TMZ Sports‘, his mugshot has been released and police made the statement:

“The motive and circumstances surrounding this incident are still under investigation at this time.”

As of this morning, Tuesday, March 1st, Velasquez is still in jail and has a court date scheduled for tomorrow, Wednesday March 2nd at noon.

‘Cardio Cain’, was born and raised in Northern California and is arguably one of the best heavyweight MMA fighters in history.

Cain last fought Francis Ngannou (17-3 MMA) back in February of 2019, where he lost by knockout in the first round. Following that fight, Cain retired from the UFC holding the record of being a two-time heavyweight champion.

Following his retirement from the UFC, Cain spent several months with the WWE. The heavyweight also trains at the AKA gym (American Kickboxing Academy) in California.

While Velasquez has been out of the UFC for a couple of years, rumours still swirl that he may be looking at a potential comeback. Given the attempted murder charge, that most definitely could change what happens in the fighters future.