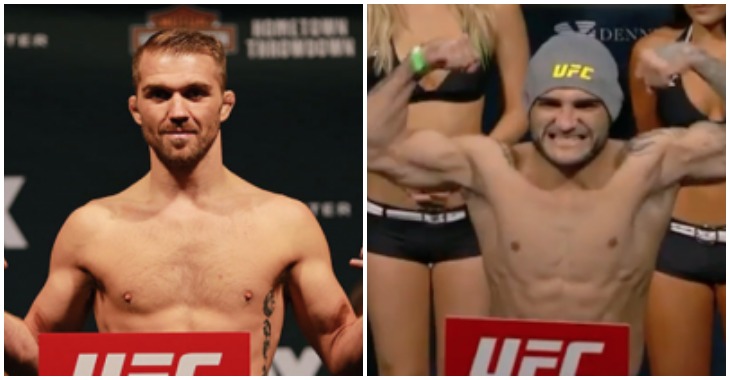 Bryan Caraway hasn’t stepped into the cage since May of 2016. From the sounds of it, he’s eager to change that very soon.

On Monday morning, the long-time bantamweight contender, who currently holds the number-6 spot in the official UFC bantamweight rankings, made a call out of brick-fisted Brazilian John Lineker.

Caraway made his callout of “Hands of Stone” on Twitter.

Shoulder has been feeling better.A few more treatments & I’ll be good 2go. @johnlineker where you at for an end of the year fight?Dont hide!

“Shoulder has been feeling better,” he said. “A few more treatments and I’ll be good to go. John Lineker, where you at for an end of the year fight? Don’t hide!”

U can run but U cant hide 4ever @johnlineker. Lets test that nickname of URs & C what those hands R made of. #stone? I bet not! #UFC#LetsGo

“You can run but you can’t hide forever, John Lineker,” Caraway said in a followup Tweet. “Let’s test that nickname of yours and see what those hands are made of. Stone? I bet not!”

Lineker, meanwhile, last fought in December, when he took on former champion TJ Dillashaw in a perceived bantamweight number-one-contender fight. Lineker lost this fight by decision. This loss marked the end of a solid 4-0 start in the bantamweight division.

Do you want to see Bryan Caraway and John Lineker fight? Who do you think wins this bantamweight matchup?