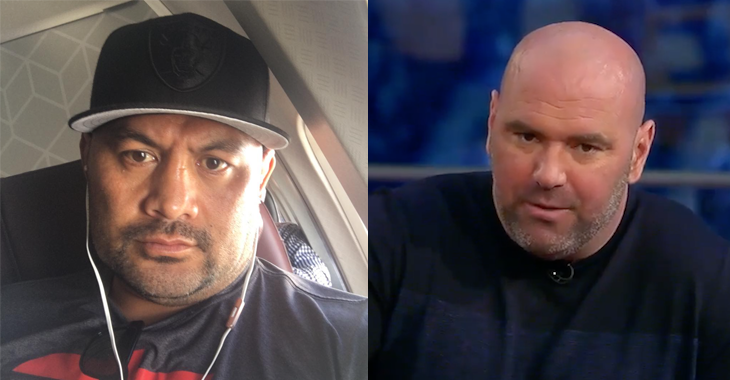 The UFC is looking to have Mark Hunt’s lawsuit against the company and UFC President Dana White thrown out in court.

Following the announcement of Brock Lesnar’s failed USADA drug test, Hunt made it known that he wanted to be compensated for fighting another cheating opponent in his UFC career. Hunt first asked for half of Lesnar’s fight purse then changed his mind to demanding Lesnar’s entire fight purse that he received for his fight against Hunt at UFC 200. The UFC did not come through with Hunt’s financial demands and filed a lawsuit against the UFC, Dana White and Brock Lesnar.

The law firm Campbell and Williams that represents the UFC and White filed a motion to dismiss Hunt’s lawsuit in the U.S. District Court Nevada on Wednesday, which MMA Junkie was able to get a hold of. Campbell and Williams wrote in their 26-page motion to dismiss Hunt’s lawsuit that they say failed to make a connection “between the injury asserted and the purported injurious conduct.” Hunt’s lawsuit claimed that the defendants “affirmatively circumvented and obstructed fair competition for their own benefit.”

Hunt made it known after the fact that Lesnar tested positive that he was seeking financial compensation for fighting another cheating opponent and his legal team has stated they would settle out of court. However, no financial settlement was made with the UFC and Hunt. The UFC’s motion to dismiss states that Hunt’s case “nonetheless seeks to employ the heavy hand of the federal RICO statutes to stigmatize defendants and other individuals with baseless allegations of quasi-criminal conduct in the hopes of reaping a windfall in the form of treble damages. Unfortunately for Hunt, his RICO claims are fatally defective.”

Campbell and Williams added, “While it is undisputedly Zuffa’s goal and desire that all its contracted athletes comply with the ADP and applicable laws governing prohibited substances, the contractual obligation Hunt seeks to impose – whether as an express or implied term – is obviously impossible for Zuffa to perform as it has no ability to control what any given fighter is going to put into his or her body except by way of establishing a set of rules that (i) prohibits the taking of banned substances, and (ii) imposes penalties for established violations thereof. Zuffa has done that.”

Mark Hunt is set to fight Alistair Overeem at UFC 209 this weekend on the main pay-per-view card.