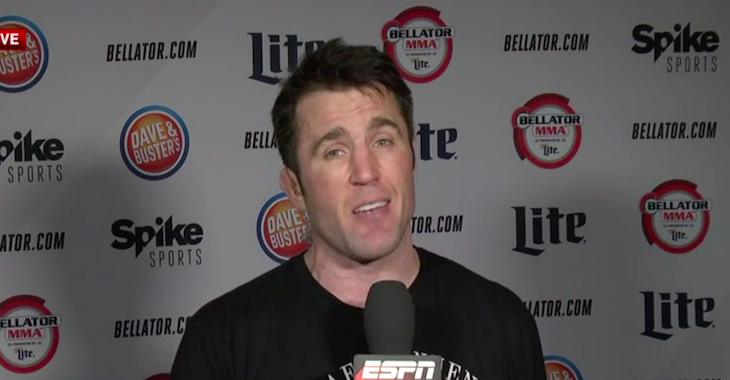 That was met with some criticism from referee Big John McCarthy, who took to social media to respond to Sonnen’s claim, saying:

Chael must have been listening to a different frequency then the rest of the world that night. Tito didn't say anything #AskBJM https://t.co/mlIf7nbOpO

Now, in a recent appearance on Phonebooth Fighting, Sonnen responded to McCarthy, saying: “I love John, and I respect John, but I don’t know what that would help.”

“One, I don’t know if he felt he needed to defend himself. And, two, if there’s a major fire burning for a rematch with me and Tito, why somebody who has nothing to do with the business would come in and put any kind of water on that, or who that is to help, is beyond me.”