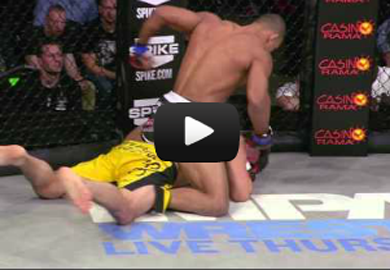 The toughest tournament in sports continued, as two more fighters punched their tickets to the finals. Heavyweight Rich Hale came back in a big way, flooring Thiago Santos before finishing him with ground and pound to secure a finals spot. In a featherweight tilt, Shahbulat Shamhalaev scored an impressive first round knockout against fellow striker Mike Richman to advance to the finals. Douglas Lima made a successful return, as he dominated Kobe Ortiz before finishing him late in the fight. Ryan Ford continued to shine, notching his second win in Bellator. Check out the Bellator 79 highlights.