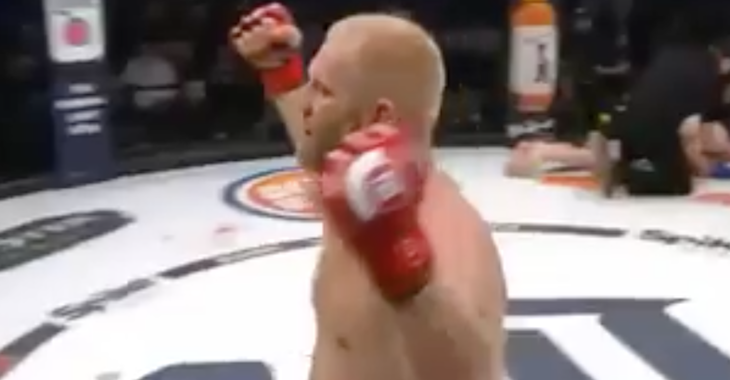 The highlight reel finish served as the sixteenth TKO/KO victory of Kharitonov’s career.

The 38-year-old Russian, Kharitonov, was able to catch “Big Country” with a huge right hand late in round one. From there, Sergei would unleash some nasty knees followed by some massive uppercuts which eventually sent Nelson crashing down.

Kharitonov has gone 10-1 over his past eleven bouts, scoring nine finishes (2 submissions and 7 KO’s) in that time.

Check out how the pros reacted to Sergei Kharitonov’s impressive knockout of Roy Nelson at Bellator 207 below:

Sergei’s jab is awesome especially for a HW

Sergei Kharitonov KOs Roy Nelson at the very, very end of round 1. Nelson took some huge clean shots and then fell down face first. First time since 2014 vs. Mark Hunt that Nelson is stopped.

That was a nasty KO by Kharitonov. Happened right in front of us on press row. He's just the third to ever stop Roy Nelson with strikes. #Bellator207

Who would you like to see Sergei Kharitonov fight next? Sound off PENN Nation!