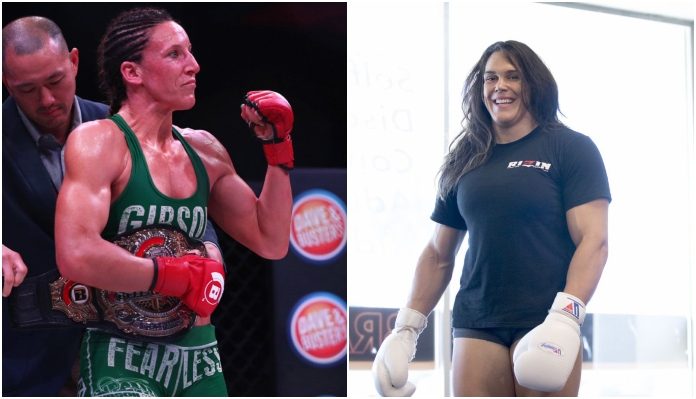 When it comes to the world’s best 145-pound female athletes, a discussion cannot be had without mentioning the Bellator champion, Julia Budd.

Budd is a true veteran of the sport who since her last loss in her fourth professional bout hasn’t looked back as she’s won 10 fights in a row (12-2 overall record).

When thinking of the all-time great female fighters, especially at 145-pounds, Cris ‘Cyborg’ Justino is a must-mention. However, at this point, Budd is as well as she is quite arguably the second greatest featherweight there’s ever been.

As the champ continues to add to her legacy following two consecutive title defenses as the Bellator queen, it appears that she may be interested in making some new kind of history.

Recently Bellator’s partnership with RIZIN FF has reached new levels of excitement with the creations of cross-promotional title fights. This began with RIZIN 14 to close out 2018 where we saw Kyoji Horiguchi take on Bellator bantamweight champion Darrion Caldwell for the inaugural RIZIN 135-pound crown.

Just this past week it was announced that the next RIZIN event, RIZIN 15, will play host to yet another cross-promotional inaugural title bout as Jiri Prochazka rematches with Muhammad ‘King Mo’ Lawal for the light heavyweight title.

And as the trend continues, Budd made it clear she would like to get in on the action as well as she would respond to a fan’s suggestion on Wednesday.

“I wanna see #Bellator FW champ @juliaBudd fight @gabijiu for the inaugural #RIZINFF women’s belt. Two of the most badass women on the planet.”

When it comes to opposition, Budd would absolutely make for Gabi Garcia’s toughest test to date skill-wise despite the size difference. And because of that size difference, it creates a challenge for Budd.

O would also have to assume that this would seemingly be a spectacle idea that would be hard to pass up for the Japan-based MMA organization.

The unbeaten 6-0 230-pound Garcia vs the 145-pound Bellator champion? It doesn’t get anymore openweight than that.

With RIZIN 15 still shaping up… Who knows what may end up being announced in the coming weeks.