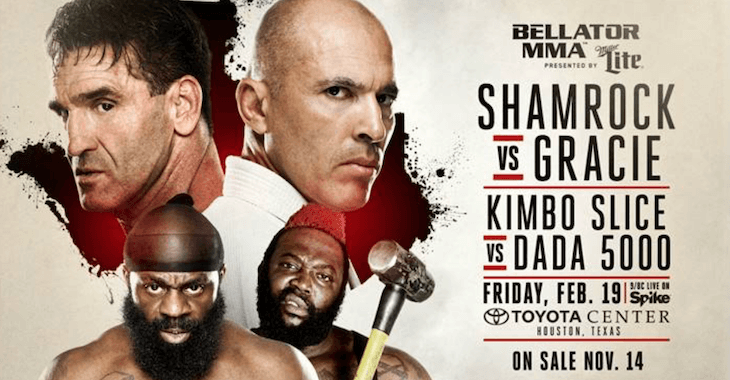 During Bellator 145, Kurt Angle made a major announcement on behalf of Bellator President Scott Coker.

It was announced that Kimbo Slice would fight Dada 5000 in the co-main event of a February 19th card, and that Ken Shamrock would fight Royce Gracie in the main event.

Below is a poster of the event: